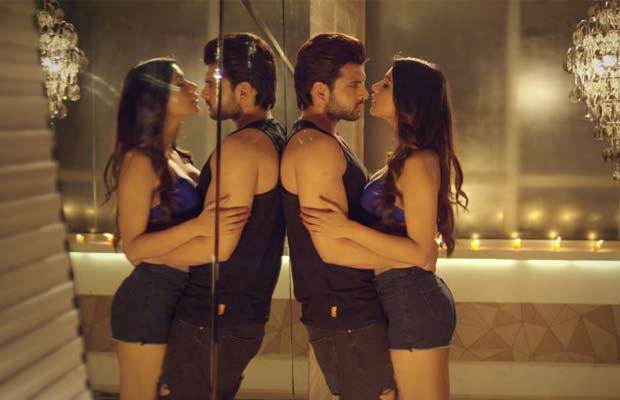 Karan Kundra is the hottest and boldest television actor. The handsome hunk has a crazy female fan following and has impressed his fans with his chiseled body and drool-worthy looks. Now his onscreen chemistry with his co-star is going to leave you surprised. In the recently released romantic song ‘Do Chaar Din’, Karan Kundra has taken the oomph factor a mark high.

Overloaded with romance, the song has been crooned by Indian Idol singer Rahul Vaidya and penned down by Manoj Muntashir. In the video song, Karan is seen locking lips with co-star Ruhi Singh, taking the level of intimacy to notch higher. You will literally feel the sizzling chemistry between the two co-stars in the music video.

Ruhi, who is seen playing the role of a waitress in the video song, was last seen in Madhur Bhandarkar’s film Calendar Girls. Ruhi and Karan make an adorable pair in the video, which will make you forget Karan Kundra and his girlfriend Anusha Dandekar’s real romance. This steamy video will surely raise many eyebrows!