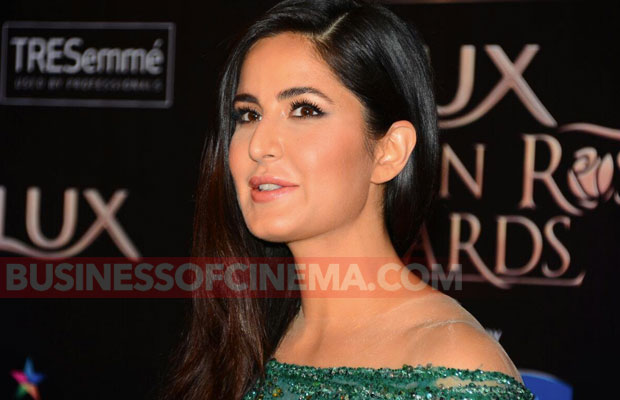 Katrina Kaif spoke at the ‘WeUnite’ conference, which marks UN Women’s partnership with the IMC Chamber of Commerce and Industry. She addressed many women oriented and stated that women shouldn’t take atrocities like marital rape and other crimes committed against them against them laying low.

She thinks even well aware and educated women tend to do that. “I know of educated women, who remain silent in the face of violence because they are afraid to confront societal norms and have fingers pointed in their direction. Especially when the majority of our society fails to recognize marital rape as a crime,” Katrina said. “I would urge more women to speak up. It is not okay to feel inferior or weak because we are not the weaker sex by any stretch of the imagination,” she added.

The 33-year-old actress said, “The world has largely been led by patriarchal societies and women have, through the years, largely remained quiet in the face of atrocities rather than speak out against them.”

“On a daily basis, there are shocking stories about the violent crimes made against women. Yet, I can only imagine how many other crimes against women in India go unreported,” the Baar Baar Dekho actress added.

Katrina also rightfully addresses that this is just not a problem endemic to India, but happens across the globe. In India according to the data provided by the national crime records bureau, in 2001 the reported crimes against women were 1,43,795. In 2005, it were 3,27,394. More than a 100 percent in numbers. “However I would like to believe that this increase in numbers is not an increase in crime against women. It is in the increase in a number of women who are ready to come forward and reporting them.”

In India, where celebrities are followed and praised like Almighty, issues address by them reach the wider audience and make it more impactful. Way to go, Kat!