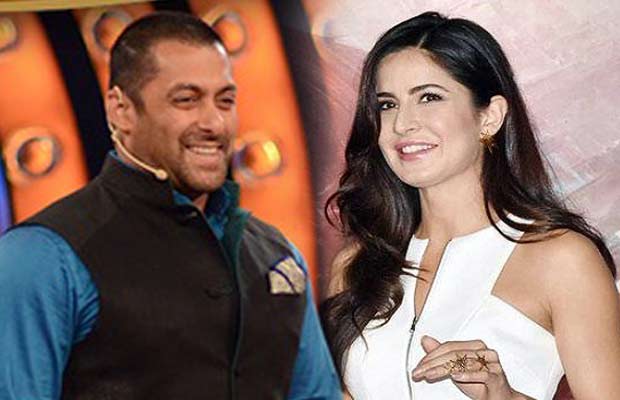 [tps_footer]Bollywood’s biggies appear on the most controversial reality show Bigg Boss 9 for the promotions of their upcoming films. From Shah Rukh Khan to Deepika Padukone, Ranveer Singh, Pulkit Samrat, Sonam Kapoor and many others have appeared on the show for their film’s promotions.

As Aditya Roy Kapur and Katrina Kaif’s film Fitoor is nearing for its release, it is said that the two talented actors might appear on the show for the promotions of the film. Also, question rises; will the actress appear on the show due to her past relationship with Salman Khan?

Recently, during an event, the Bang Bang actress was asked if she would be promoting her upcoming film Fitoor on Bigg Boss 9. To which Katrina Kaif gave a very diplomatic reply and giggled saying, “We will go wherever the promotion teams tells us to go and that’s how it is. I would like to promote it everywhere.”

Talking about their upcoming film Fitoor, the film is directed by Abhishek Kapoor and the romantic saga is based on Charles Dickens‘ novel Great Expectations. Starring Aditya Roy Kapur and Katrina Kaif in the lead role, this is for the first time the two will share the screen space together. The trailer of the film is already garnering huge attention for the intense and passion love story. The film is schedule to release on February 12.[/tps_footer]