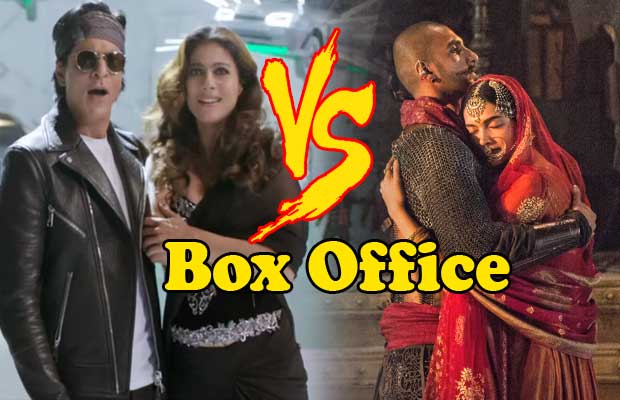 [tps_footer]The mega starrer films ‘Dilwale’ and ‘Bajirao Mastani’ have finally crossed their fourth week at the box office. The end of the year 2015 was a bang with ‘Dilwale’ and ‘Bajirao Mastani’ hitting the screens on the same day. The two films were much in news for their competition at the box office. Nevertheless both the movies have earned massive collections. Rohit Shetty’s film ‘Dilwale’ managed to earn amazing numbers initially because of its strong star cast whereas Sanjay Leela Bhansali’s film ‘Bajirao Mastani’ impressed the audience with its strong plot and execution.

Shah Rukh Khan’s ‘Dilwale’ fell short of audience after a few days when Deepika Padukone’s ‘Bajirao Mastani’ became the talk of the town for its brilliant performances. Both the films have finally completed their four weeks and are now seeing a wash out at the screens.

The collections of the entertainer ‘Dilwale’ saw a boom in the overseas market as compared to the intense drama ‘Bajirao Mastani’. Deepika and Ranveer Singh starrer historic drama created laurels in the home front.

The mega budget film ‘Dilwale’ was magnetic in its promotional activities, and the movie gained all the attention for the reunion of the most adored tinsel town Jodi SRK and Kajol. With neck to neck pros and cons both the films proved to be successful at the box office.