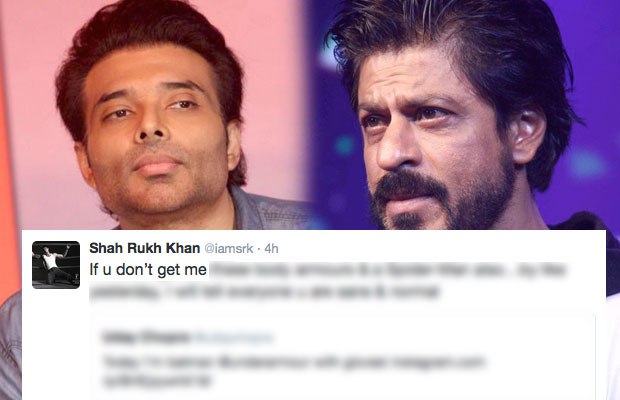 This afternoon, a bunch of tweets suddenly caught our attention and for a reason, you would love to read. It all started when actor Uday Chopra, known for his hilarious posts, took to Instagram to post a picture of himself in none other than Batman’s body armour with a caption saying, ““Today I’m batman @underarmour with gloves!”. But hey! Looks like someone’s jealous out there… 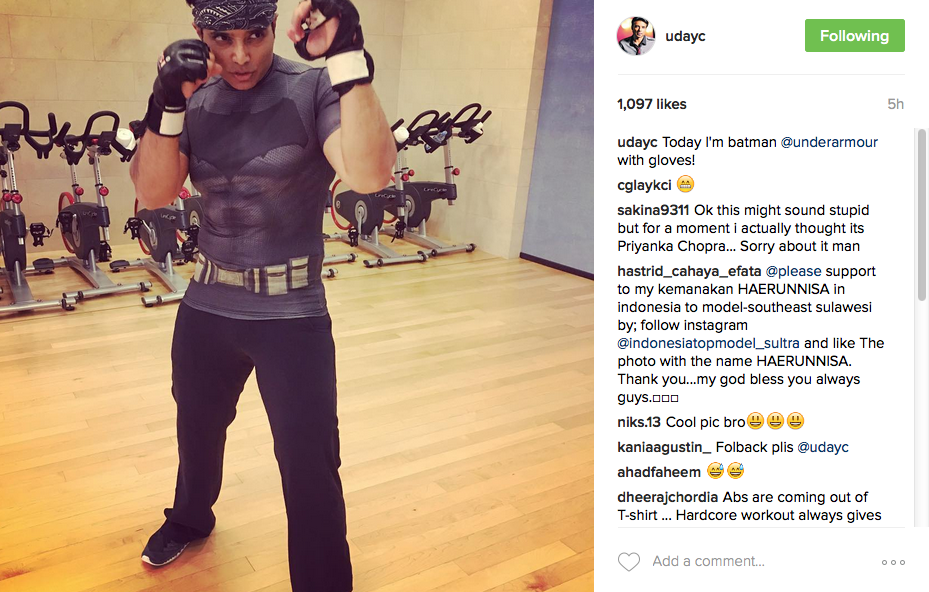 It was none other than superstar Shah Rukh Khan who too suddenly felt the need of a costume to flaunt and got back to Uday, tweeting, what looks like an innocent blackmail,

If u don’t get me these body armours & a Spider-Man also…by like yesterday, I will tell everyone u are sane & normal

Well, we’ve been ROFL too. What followed was a series of hilarious tweet conversations with Uday being swift with his response, ““@iamsrk Oh I can’t let that happen…Ok done! Do you also want iron Man?” King Khan’s joy knew no bounds which appeared in his last tweet which said “You are killing me!! Yes yes yes!!! Please”

Yes, we do know how hard this is to believe!

But isn’t this great news that irrespective of their tremendous success and huge fanfare, our stars still have retained the child in them! Undoubtedly, Shah Rukh Khan is no less than a superhero for Jr Khan AbRam. However, we promise we wouldn’t mind if the King of Romance tries surprising us with a Superhero jig this time?

Wait, do we sense a new super-hero film approaching?