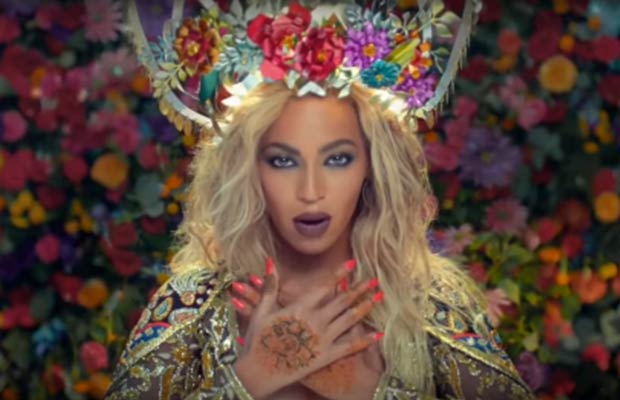 [tps_footer] Coldplay is the talk of the town lately for the single Hymn For The Weekend. The single which is a part of their album Head Full Of Dreams is gaining all the limelight lately for the presence of international sensation Beyoncé and Bollywood beauty Sonam Kapoor. The track is being adored by the masses and some are also trolling away Sonam’s glimpse in the same. Well, apart from the stated there is something extremely comic happening with the track too.

An unknown artist with a highly creative mind has now constructed a mash up of the track Hymn For The Weekend and Madhuri Dixit Nene’s hit song Choli Ke Peeche Kya Hai. The video features Beyoncé in the Coldplay track and it appears that she is singing Madhuri’s dance number.

The wonderful editing and mix match of glimpses is a laugh riot in itself. Nevertheless, the mash up is undoubtedly realistic and will make you go bonkers. The track starts with the original Choli Ke Peeche Kya Hai song and transforms to Beyoncé’s Coldplay track.

The comic transition is a treat for the laughter bones by all means. On the other hand, even though Coldplay’s latest single has created loads of fan following there are many who feel that the single is full of stereotypes.

Sonam Kapoor’s blink and miss glimpse in the video was also criticized a lot on various social networking platforms. The actress has however shown no sign of regret for being a part of the song.

Well, moving away from all the negativities, this mash up will surely roll you out laughing.