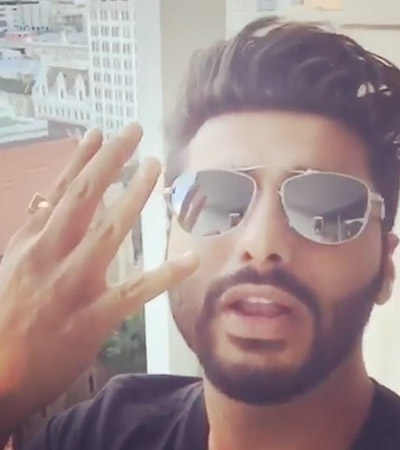 Akshay Kumar and Ileana D’Cruz’s Rustom is making news for its amazing concept and star cast. The trailer is quite thrilling and not only fans but also even Bollywood is amazed by it. Well, a lot of celebrities have promoted his movie in different ways. From Ranveer Singh to Karan Johar, many celebs wished him luck for the film. Well, the next person to add on the list is Arjun Kapoor.

Arjun shared a video on his Instagram in which he talks about Akshay Kumar. He calls Akshay as the ‘Khiladi- One Man Army’ and how he has given us 2 great performances this year. Well, looks like even Arjun is completely smitten by Akshay’s Rustom.

The film will hit the theatres on August 12. Rustom is a story of a Navy Officer K M Nanavati and three bullets that changed his life and shocked the nation.