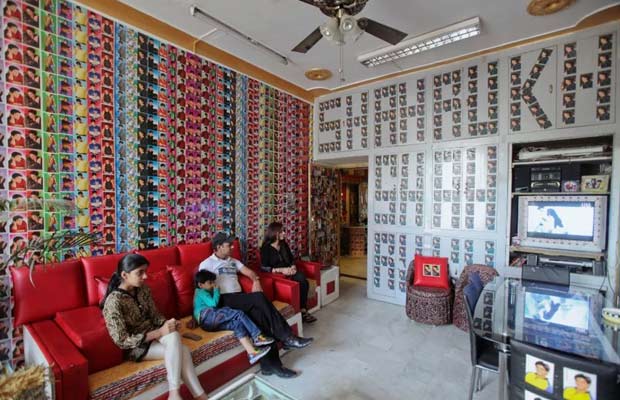 This will surely make you laugh as well as will leave you surprised. Even his daughter is named Simran and his little boy is named Aryan.

[tps_footer]Bollywood actors undoubtedly have huge fan following and not only in India, but across the globe. It doesn’t come as a surprise when Salman Khan and Shah Rukh Khan’s die-hard fans come up publicly displaying their love and affection for the actor in some of the unexpected gestures. From worshiping their favorite star, to going to any extent to be meet them, fans are often seen doing crazy and cool things for their stars. From lining up long in queue outside theatres to standing day and night outside their houses, fans make every little effort to catch the glimpse of their favorite actors[/tps_footer]