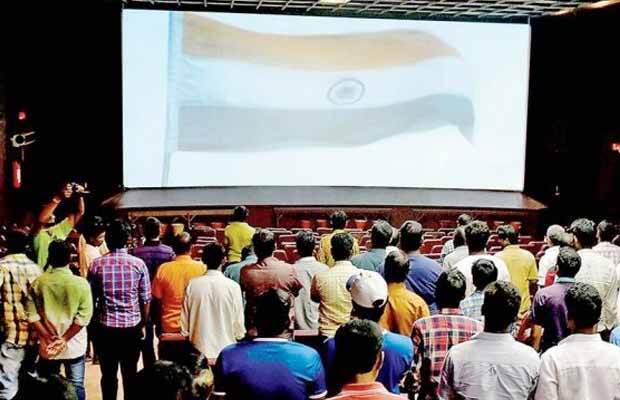 Supreme Court says that one does not have to stand up for the National Anthem to prove one’s patriotism!

It is not for the first time that there is a discussion over the playing the Indian National Anthem inside the cinema halls. Earlier also several people have had placed their arguments over the act being right or wrong. It was 11 months ago that the Supreme Court of India had passed an order to play the anthem before screening of any movie.

But now it seems that the court might alter their decision. In the recent developments of the matter, a bench of Chief Justice Dipak Misra and Justices A M Khanwilkar and D Y Chandrachud asked to take a call on the Centre’s plea of playing the national anthem in cinema halls in India.

And apparently one of the Chief Justices believe that a person does not have to sing along or stand up while the National Anthem is playing, to prove one’s patriotism.

A report in Times Of India has quoted Justice Chandrachud saying, ”Why do we have to wear patriotism on our sleeves? People go to cinema for undiluted entertainment and to ease out. Tomorrow someone may say people should not come in shorts and T-shirts in cinema halls as the national anthem is played there. Where then do we draw the line. Where (will) this moral policing would stop?”

He also added on saying, ”Values are inculcated in a broad social and political culture and patriotism cannot be inculcated among people by the Supreme Court order making it mandatory for playing the national anthem in cinema halls.”

The court has given time until January 9, 2018 to the Centre to take a decision on the National Anthem to be played in movie theatres and other public events or not.