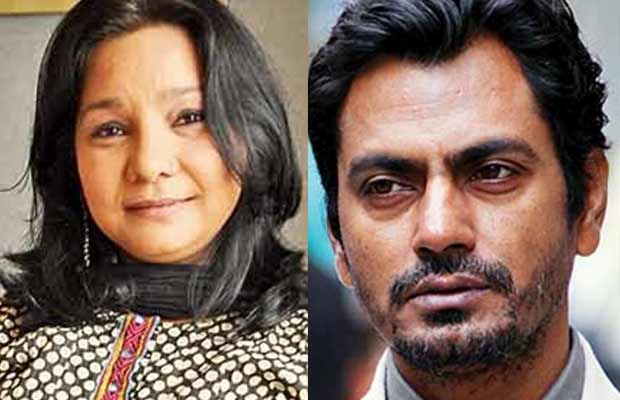 Nawazuddin Siddiqui’s ex-girlfriend, Sunita Rajwar has filed a defamation case and is demanding for Rs. 2 crore as compensations.

Ever since Nawazuddin Siddiqui has released his biography, An Ordinary Man he has been in and out of troubles. This time actress ex-girlfriend, Sunita Rajwar has filed a legal case against him and demands Rs. 2 crore.

Nawaz’s book has received more criticisms than positive reviews. In the book, he mentions about his childhood wrestler training, how initially he wanted to become a pathologist, his family’s journey to riches to rags and how he finally became an actor. What landed him in trouble was his anecdotes about his love life and two marriages.

Stage actress, Sunita Rajwar has slapped the Gangs of Wasseypur actor with a defamation notice on the grounds of spreading false information. The book mentions that Sunita nearly drove Nawaz into thinking of committing suicide and that she ended their relationship because he was not successful.

Reportedly, Sunita claims that she has not spoken to Nawaz in about 16 years and whatever that he has written in his memoir is his own fabrication. When asked about the amount of compensation, Sunita claimed that the damage to her reputation has been done and is irreversible so the least it could do is pinch Nawaz’s pocket.

Apart from Nawaz, Sunita has also sent notices the co-author Rituparna Chatterjee and the agency involved in publishing the book.

Earlier Nawaz’s another ex-girlfriend and Miss Lovely co-star Niharika Singh, whom he was with for a few months in 2009 had also spoken out. Niharika says that her mention in the book is done without her consent and that Nawaz has painted her in a certain way just to sell his book.

In both the cases, the mentions of Nawazuddin Siddiqui’s ex-girlfriends are done without their consent.

As an aftermath, the books have been withdrawn.

But Sunita Rajwar claims that even though book has been withdrawn it is still circulating.