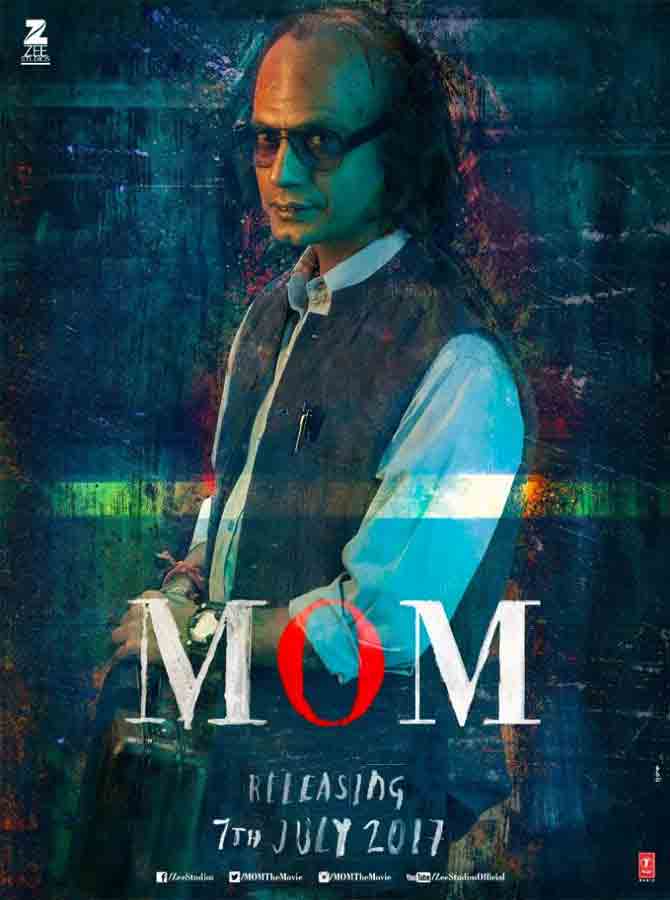 Nawazuddin Siddiqui shares his look from Sridevi’s MOM on Twitter.

The Bollywood actor Nawazuddin Siddiqui never fails to amaze us with the versatile roles that he plays on the big screen. Whether it is his villainous role in Varun Dhawan starrer Badlapur or the powerful role in Manjhi – The Mountain Man, the audience has loved his work.

The actor has thrilled us again by sharing a new poster of an upcoming film, Mom in which he is looking extremely creepy and mysterious. With a semi-bald and spectacled look, Nawaz is holding a suitcase in the film. It makes him look like those deceptive villains of old times.

Sharing the poster via his Twitter handle, Nawaz wrote, “Things may not be what they seem. #LooksCanBeDeceptive @MOMTheMovie @SrideviBKapoor @ZeeStudios_.”

Talking about his role and look in the film, Nawaz had said earlier, “We worked on the look for 15 days before we finalised it. The director Ravi Udyawar planned something different. Normally, the character is created first and then the look but for Mom, it was the other way round. We tried various looks with how my character would walk and talk and his mannerisms. We used prosthetics and the entire process would take almost three hours to put on and remove. Moreover, shooting in Mumbai and Delhi during the day, when it is incredibly hot.”

But nothing has been revealed about his role yet. Well, whatever it is, we know that we can always expect something different from the man!

The Bollywood beauty Sridevi is making a comeback in the industry after 5 years with Mom. She was last seen in Gauri Shinde’s English Vinglish. Mom, the film, also stars Akshaye Khanna, Abhimanyu Singh and Pitobash Tripathi in significant roles. The film was earlier scheduled to release on July 14, but will now hit the screens on July 7, this year.