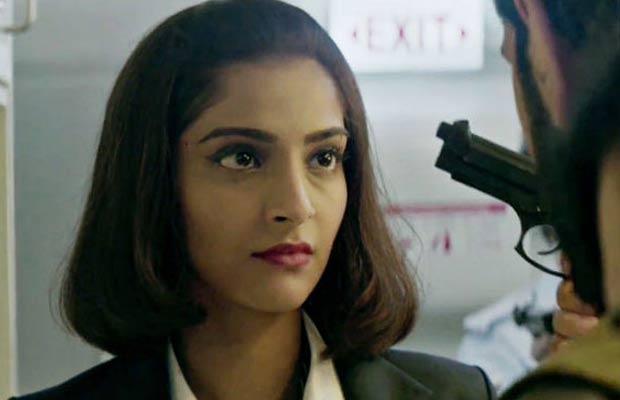 Sonam Kapoor Film Neerja’s makers have not kept their promise

The Bhanot Family that was proud of a film being made on their daughter’s bravery – Neerja, is now upset with its filmmakers. The filmmakers have not kept up to their promise to share 10% of the box office collections with the Bhanot Trust and the family.

The film Neerja earned a total of Rs 125 Crore at the box office. The film won many awards like the Filmfare Critics Award for Best Film and National Film Award for Best Feature Film in Hindi. Sonam Kapoor received 3 awards for her performance in the film.

The makers of the film Atul Kasbekar and other producers of Bling Entertainment have received a legal notice of arbitration from Akhil and Aneesh Bhanot, brothers of Neerja Bhanot. According to reports, when Aneesh Bhanot was contacted by a news agency, he refused to comment on the issue but mentioned that the family will not tolerate injustice.

Sources have stated that the family is moving to the Punjab and Haryana High Court in this regard. Bling Entertainment was supposed to produce the film and distribute it on its own but later on jointly produced it with Fox Star Studios. Thus, the profit had to be shared by too many contenders. The producers made compromises on the Bhanot Family proportion.

Neerja Bhanot was the lead flight attendant on the Pan-Am73 Flight from Bombay to New York. The flight was hijacked at Karachi, Pakistan by Palestinian Terrorists from the Abu Nidak group who entered the aircraft as Pakistani Police carrying arms and hand grenades. The hijack killed 20 people and left 150 injured. The flight hosted 200 Indian Passengers o out of which 13 died and 100 were injured.

Neerja was shot while helping passengers out of the hijacked plane through the Emergency Exit. Neerja was awarded the Ashoka Chakra for her bravery and became the first Indian woman to receive the Gallantry Award.

Watch Video Sonam Kapoor Snapped In A No Make Up Look