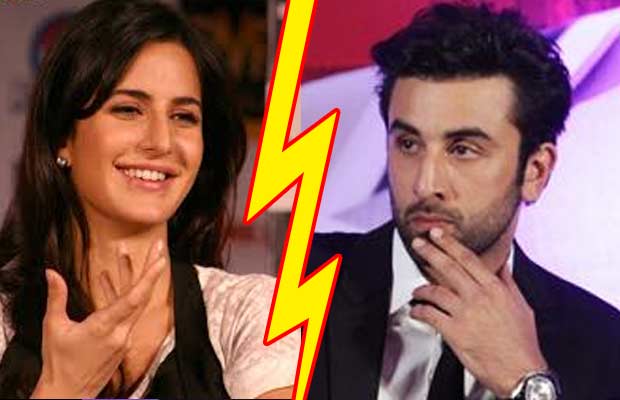 [tps_footer]Ranbir Kapoor and Katrina Kaif’s relationship started during ‘Ajab Prem Ki Gazab Kahani’ and since then the two were together. Their relationship was rock solid and there were rumours about them getting married as well . But as we told you yesterday that even Morocco couldn’t make any difference in their relationship. Hell yes Ranbir- Kat relationship is getting worse. It is clearly evident that Ranbir is not at all interested to patch up with Katrina. Not only this, he was heard saying to Anurag Basu that ‘Jagga Jasoos’ will be his last film with Katrina and he would not like to work with her in future.

There are speculations that Ranbir asked Anurag to tone down some romantic scenes with his ex flame, but knowing Anurag Basu we don’t thin that this will happen. So evidently it is clear that Ranbir wants to cut all ties with former lady Katrina Kaif. Ranbir is going through a good time in his career, after a series of flops he has ‘Ae Dil Mushkil’ with Anushka Sharma and ‘Jagga Jasoos’ with Katrina. Even Katrina is going to have 2 big releases this year one ‘Baar Baar Dekho’ with Siddharth Malhotra and ‘Jagga Jasoos’ with Ranbir Kapoor.

While the duo has decided not to be together, but we hope that ‘Jagga Jasoos’ spills some magic on screen and proves to be a good film for both Ranbir and Katrina.[/tps_footer]