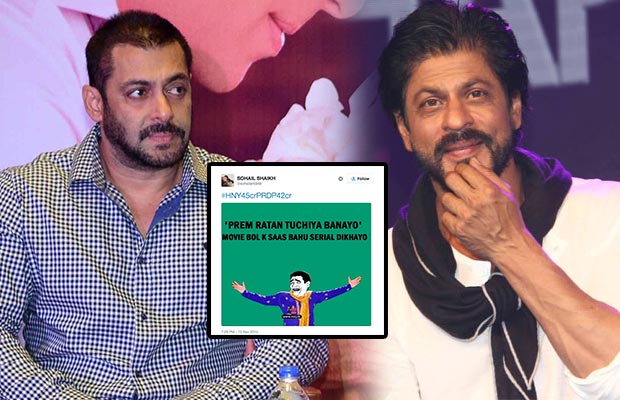 The two superstars who have now become best buddies after forgetting all the bad blood between them are also saying positive things about each other’s films. With Salman dancing on SRK ‘s tunes and Shah Rukh Khan reciprocating the same on Salman’s tunes, it’s now evident that the two Khans are not in a mood to fight and compete.

Well, when you have a large fan frenzy following you, competition is inevitable. The stars may have forgotten their war but the fans haven’t. The site Twitter was recently abuzz with the box office comparison between the films ‘Happy New Year’ and ‘Prem Ratan Dhan Payo’. Shah Rukh Khan’s ‘Happy New Year’ until now holds the record of gaining the highest box office collections. However, Salman’s ‘Prem Ratan Dhan Payo’ is no short of creating another new record with the massive success.

The twitter was trending with the hashtag #HNY45crPRDP42cr, SRK fans took it in their stride and started trolling Dabangg Khan’s ‘PRDP’ stating that ‘Happy New Year’ fared better at the box office. Some of the tweets were-

Looking for Jaya bachchan. HNY is a crap movie than PRDP? Old woman. Where r u now? #HNY45crPRDP42cr 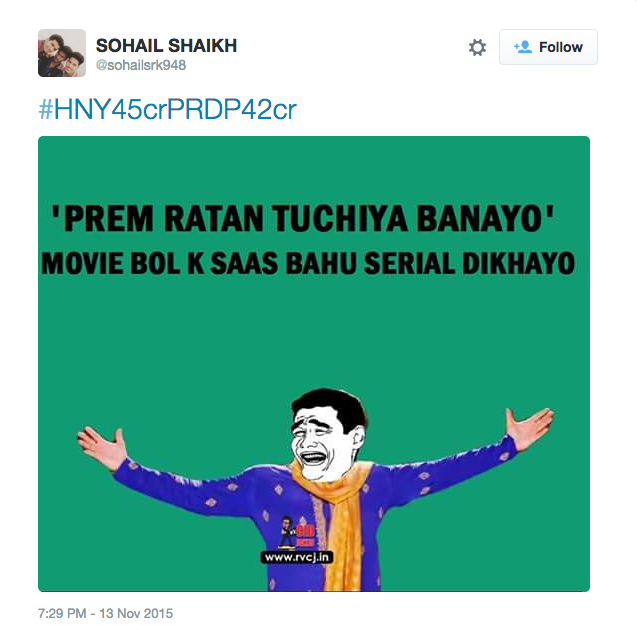 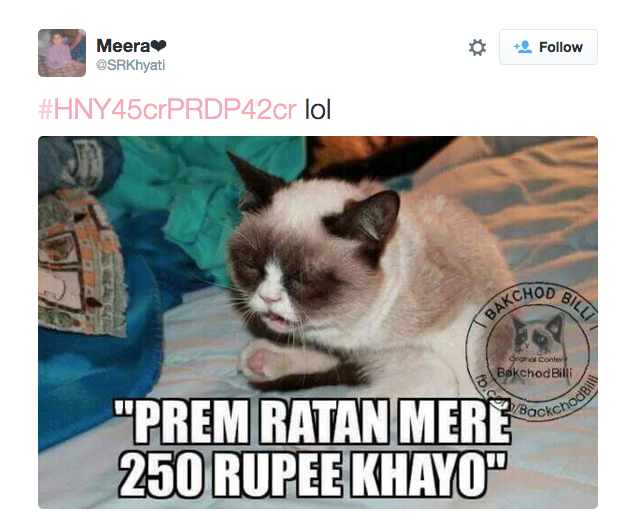 #HNY45crPRDP42cr well…neither Shah has any comparison nor do His films! Period. 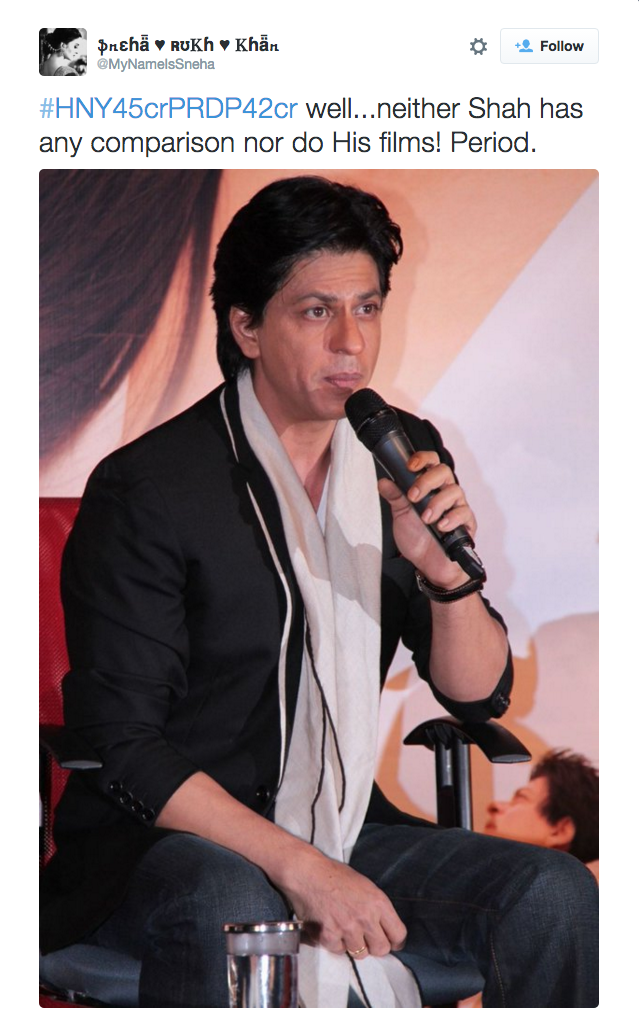 It shows No One can Beat @iamsrk #HNY45crPRDP42cr 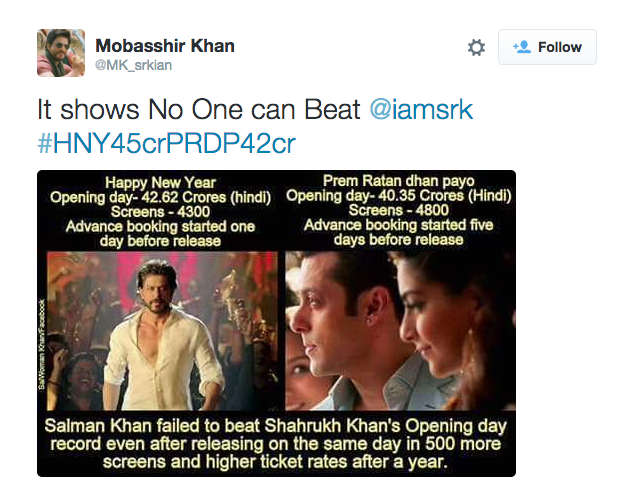 ONE SHOULD THINK 1000 TIMES BEFORE TAKING ON THE KING SRK ? #HNY45crPRDP42cr 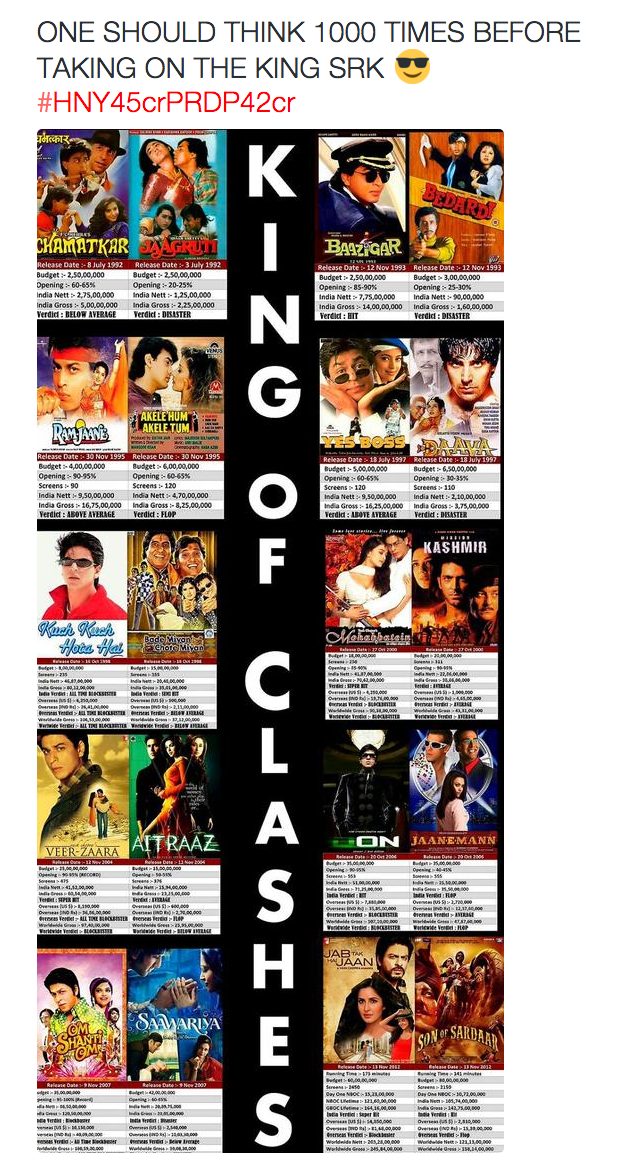 The twitter war between the fans is surely not going to end so soon. Nevertheless, Salman’s ‘Prem Ratan Dhan Payo’ has got a massive opening at the box office and Shah Rukh Khan is gearing up for the release of his film ‘Dilwale’.