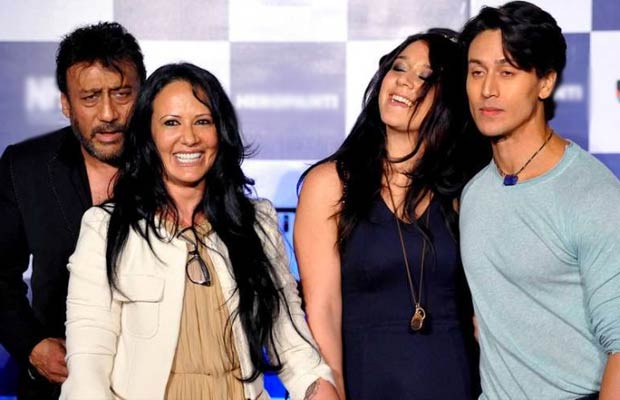 [tps_footer]Bollywood actor Tiger Shroff has left everyone amazed with his classic and effortless action stunts in the trailer of his upcoming film Baaghi. He is one of the phenomenal actors who can easily do action stunts without any body doubles.

While fans are in love with the actor’s chiselled body and power packed action moves, Tiger Shroff’s parents Jackie and Ayesha are very much worried about their son. The actor in an interview with a leading daily revealed that his parents are all time stressed and always ask him to take many precautions while he is doing stunts. He also added saying that he has now stopped talking about is stunts to his parents.

Well, we think a good lie is not harmful! What say?

The trailer of the film Baaghi also sees lots of action sequences, which is a must in a Tiger Shroff film. Talking about his action scenes, Tiger said that he avoids using body double as he can’t take someone else’s credit. Surprisingly, he has not even used cable wires to do stunts and all the fights in the film are real.

Talking about his upcoming film Baaghi, Tiger Shroff is seen in a very distinct role in the film and has done his best job with action sequences and tough look. Tiger Shroff will be seen portraying a role of a rebellion and the one who can go to great lengths to fight for his love. Fans will also witness sizzling chemistry between Tiger Shroff and Shraddha Kapoor.

The movie is produced by Nadiadwala and UTV motion pictures and is directed by Sabbir Khan. Full of action, love, and drama, the film is slated to release this year on April 29.[/tps_footer]