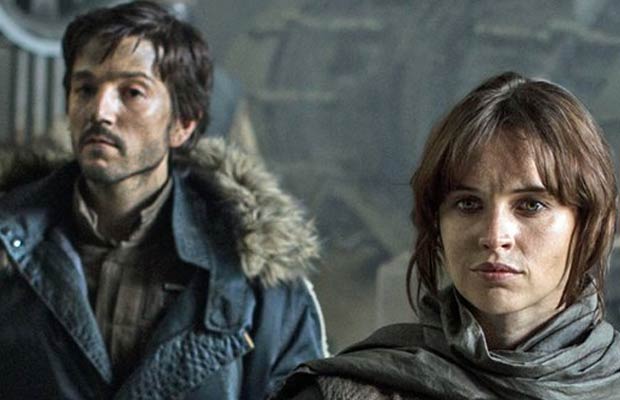 [tps_footer]‘Rogue One- A Star Wars Story’ is undoubtedly going to be a much-awaited one for all Star Wars fans. The film is not only appearing to be epic in its intriguing trailer but is also said to be a stand-alone Star Wars one. The movie is set before the events of the Star Wars of the 1977 film. The film will showcase not the upcoming scenario but will instead take you back in time even before the 1977 episode.

The year 2016 will also be delightful for all Star Wars fans as the movie will hit the screens in December 2016. The film stars Felicity Jones, Mads Mikkelsen, Donnie Yen, Diego Luna and Forest Whitaker.

The trailer sees the character of Felicity Jones in a rebellious image. Only after a few glimpses, the real mission of the film comes in the forefront. The website of the Star Wars describes ‘Rogue One’ as the prequel of the 1977 events and states, “the story of unlikely heroes who have united to steal plans to the dreaded Death Star.”

The film will release in the 3D format as well. We can surely not wait to catch another Star Wars flick!