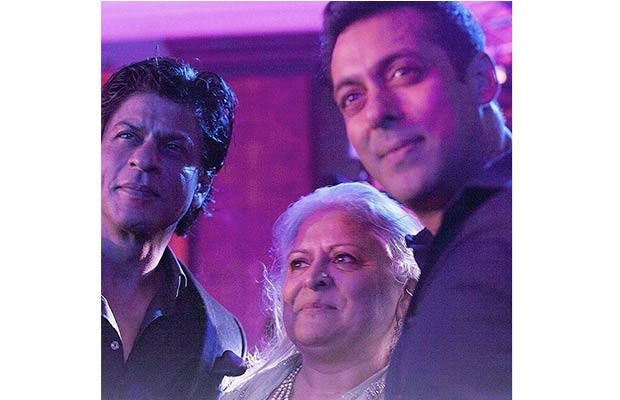 [tps_footer]Bollywood’s Karan-Arjun, Shah Rukh Khan and Salman Khan are the most loved stars of our B-Town. Yes there are constant issues that keep coming up between SRK and Salman but they have proved to be a katti-batti friends of each other and they try to avoid the feeling of rivalry by promoting each other’s movies like Salman Khan promoted Shah Rukh‘s Dilwale on his reality show Bigg Boss and the entire team of Dilwale was more than happy to shake a leg on Prem Ratan Dhan Payo title track and promoted Salman Khan‘s movie. But, when we will get to see Raees Shah Rukh Khan and Sultan Salman Khan in a movie together, again?

When this question was asked to Karan Johar who is a close friend of both, Shah Rukh Khan and Salman Khan, he gave a witty answer by saying that he will need crores to bring them together but there is another person who is also close to both the superstars of our Bollywood Salman Khan and Shah Rukh Khan and she has been successful enough to bring our Karan-Arjun in one frame. It’s politician and actress Bina Kak that we are talking about, she has worked with Sultan Salman Khan in Maine Pyaar Kyun Kiya? We feel they should put all their differences aside and do a movie together, it will be a treat and Bina Kak is a good actress we would love to see her in a movie along with both the Khans Of Bollywood. What say? 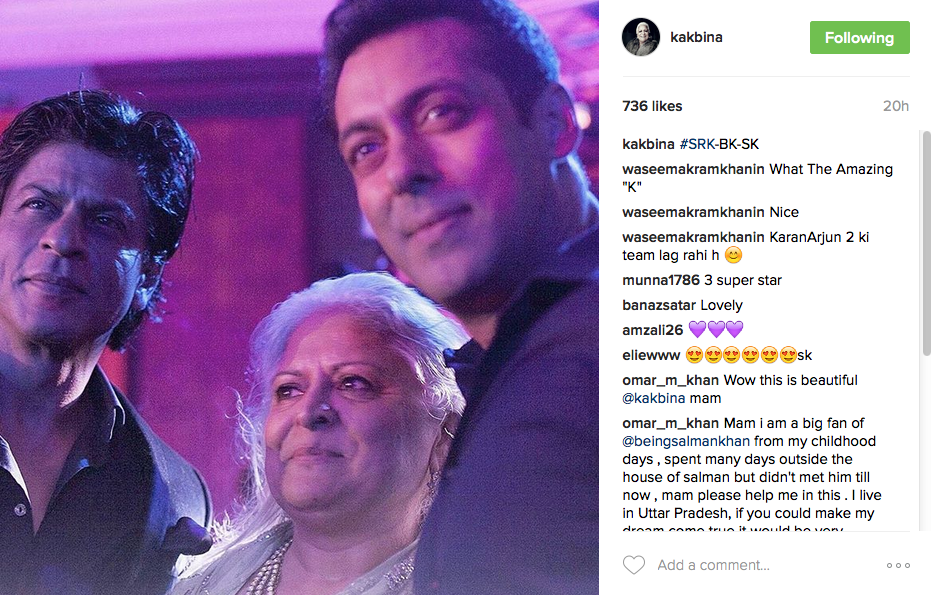