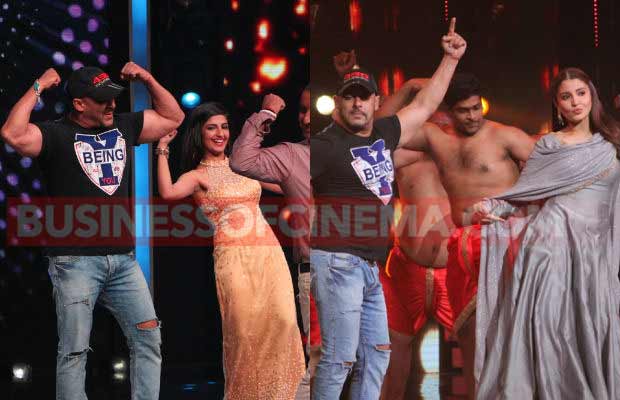 After shooting an episode of TV serial Udaan, Bollywood stars Salman Khan and Anushka Sharma visited on the sets of reality show Sa Re Ga Ma Pa for the promotions of their upcoming film Sultan, held in Mumbai on June 23, 2016. Talking about the film, Sultan is directed by Ali Abbas Zafar, which stars Salman Khan and Ali Abbas Zafar in lead roles. The film is based on a Haryanvi wrestler named ‘Sultan Ali Khan’, played by Salman in the film. The film will release this year on Eid.