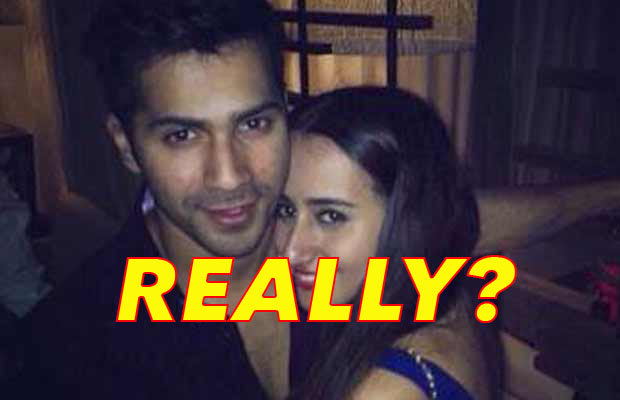 [tps_footer]Varun Dhawan and Natasha Dalal are playing hide and seek with the media for their relationship. The two celebs who are much in the news for dating each other have always been mum about the same. Handsome hunk Varun who is linked to his various costars on several occasions has also been secretive regarding Natasha.

Reports state that the ABCD 2 actor has bought a lavish apartment for himself. The apartment is situated in the same building where his parents are residing. It is now being speculated that Varun Dhawan has bought this pricey den to move in with girlfriend Natasha. The mind blowing actor is apparently ready to move in with Natasha.

Many also report that the two love birds are already in a live in relationship. Natasha Dalal who is always away from the paparazzi is rumored to be insecure about Varun’s closeness with his co-stars. The starlet is in fact also insisting on marriage.

Natasha has also told Varun that they at least should get engaged before moving in together. On the contrary, the Dishoom actor who is creating laurels with each passing films is not ready for marriage. The good looking actor feels he is too young for marriage and prefers living in together.

Now whether this difference in opinion will create a rift between the two or no only time will tell. On the film front, Varun Dhawan is gearing up for ‘Dishoom’.[/tps_footer]