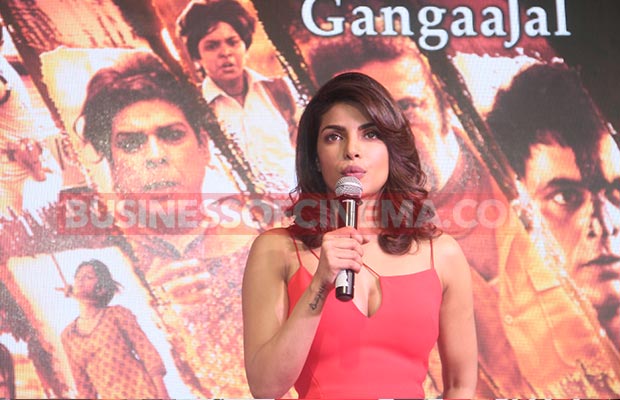 [tps_footer]Priyanka Chopra is undoubtedly one of the busiest stars in the film industry. The actress has been juggling with her Bollywood and Hollywood projects in a very efficient manner. Well, seems like the year 2015 has been all work and no play for Priyanka Chopra. The actress was caught up with her American debut series Quantico and was soon also busy with the films ‘Bajirao Mastani’ and ‘Jai Gangaajal’.

The hard working star Priyanka has now confessed something never heard before. Piggy Chops has revealed on her pay scale and her work upfront. The star has been saying that she has been over worked and has been underpaid. The beautiful diva said, “Whenever I say that, everyone is like, ‘Yeh purana ho gaya’. I don’t talk about payments; my art is too deep for me. I work so much that I am not apologetic about what I get paid. Everybody should be compensated for the work they do and remuneration are meant for that. But for me, my work is my spirituality. When I get on to a set, it’s bigger than me and everyone else.”

The Bajirao Mastani actress Priyanka Chopra further added, “I am an entertainer. I thought I was made to be an engineer, but clearly not; I love my job! I love the fact that characters are written for me, that filmmakers come to me and tell me, ‘This role was written keeping you in mind. Please do it!”

Mind blowing actress Priyanka Chopra is surely on cloud nine these days as she is receiving all the laurels from both the ends. The starlet is gaining all the compliments on the home front for her performance in the film ‘Bajirao Mastani’ as Kashibai whereas Priyanka has also earned a global mark with her series Quantico.

All we can say is Priyanka deserves to rejuvenate herself!