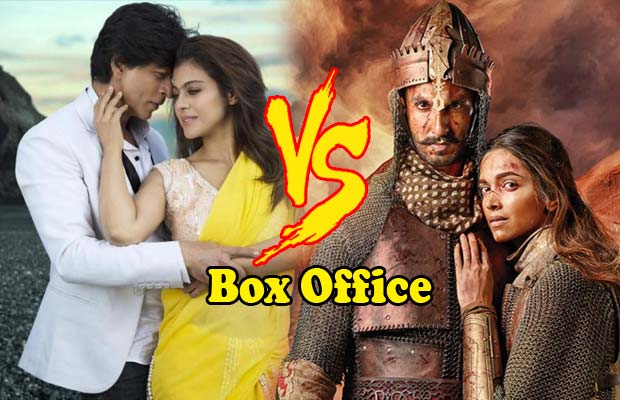 [tps_footer]Bollywood film ‘Dilwale’ starring Shah Rukh Khan and ‘Bajirao Mastani’ starring Ranveer Singh that released on the same date have been going neck to neck. In India, ‘Bajirao Mastani’ has already taken over ‘Dilwale’ in the race of box office collections. The film started off as the underdog, but has managed to leave ‘Dilwale’ behind in the race after its second weekend. Similarly, even in the worldwide collections, the gap between the two films is reducing drastically as ‘Dilwale’ was leading by a huge margin during first weekend. But with the Christmas factor and immense word of mouth, ‘Bajirao Mastani’ is catching up in overseas market as well.