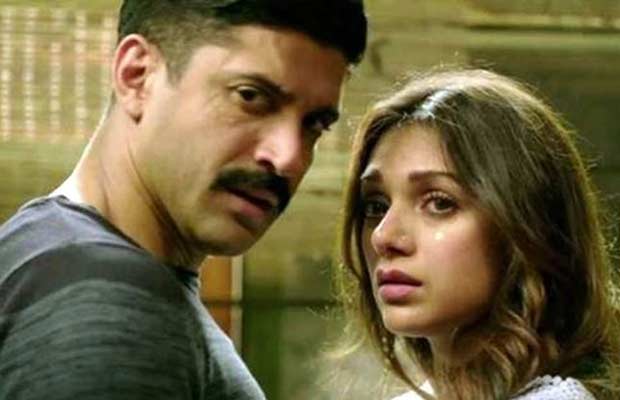 [tps_footer]Bejoy Nambiar directorial film ‘Wazir’ is already riding high on the minds of the audience. The film starring magnificent actors Amitabh Bachchan, Farhan Akhtar and Aditi Rao Hydari in lead roles has recently gained headlines for something other than its trailer and songs. Censor Board troubles are irking all the filmmakers lately. With the unruly decisions and several demanding cuts the issue has also affected the film ‘Wazir’.

According to reports, the makers of the film ‘Wazir’ have apparently dropped the love making scene between Farhan Akhtar and Aditi Rao Hydari in the film. Reports suggest that before the film went for the Censor Board certificate the makers decided to delete the scene so as to avoid any hassle in future.

It is also being said that the creative minds behind the film ‘Wazir’ were already expecting a cut from the Censor Board for the steamy intimate scene between the two actors, and hence not taking chance for the same, they chopped off the scene completely from the movie.

Censor Board earlier also cut the kissing scene from the film ‘The Spectre’. According to a source, “As part of the film, the duo shot for some very hot and steamy lovemaking scenes. Whoever had seen the outcome of it felt that they were extremely sensuous and passionate.”

It is reported that producer Vidhu Vinod Chopra did not want any hassle with the Censor Board and hence he ordered to do away the scene. The film ‘Wazir’ is much awaited by audience for its unique concept and star cast. ‘Wazir’ is already assumed to be high on content.

The trailer of the film has itself created loads of curiously for the film. ‘Wazir’ is slated to hit the screens on January 8th, 2016.