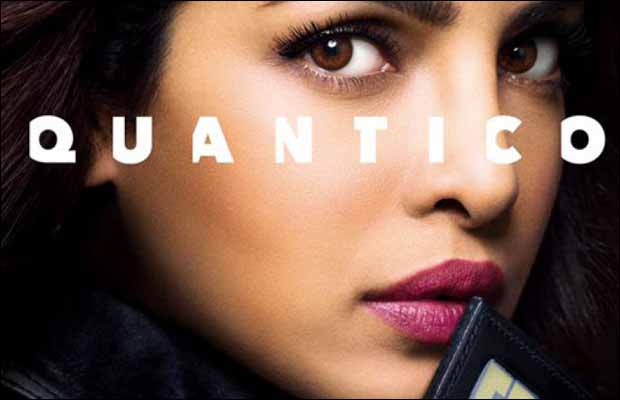 Bollywood actress Priyanka Chopra‘s made her international TV debut with ‘Quantico’ series on ABC. ‘Quantico’ is one of the success stories of the fall broadcast season. The ABC drama starring Priyanka Chopra follows a group of young FBI recruits battling through training, inter-cutting between their hidden pasts and their present training, and also flashes-forward to the near future, where one of the recruits will turn out to be a sleeper terrorist responsible for a devastating terrorist attack in the US. The show has getting high ratings week after week and is Sunday’s top broadcast program. Priyanka has also received great reviews for her acting on the show.

According to reports, ‘Quantico’ has run into a legal hassle. A lawsuit has been filed against producer Mark Gordon, claiming that the idea for the series was lifted from a 1999 documentary that aired on CNN. Filmmakers Jamie Hellman and Barbara Leibovitz and business exec Paula Paizes filed a 35-page complaint on Thursday October 29,2015 in Los Angeles Superior Court . The complaint says that the ‘Quantico’ series producer Mark Gordon took the show’s premise from a 1999 documentary named ‘Quantico: The Making of an FBI Agent’ which followed a class of recruits throughout their 16-week training program.

According to the reports, those involved with the lawsuit have prior working history with the producer of ‘Quantico’, and claim to have – over the course of their professional relationships – provided him with information. Furthermore, Paizes said that she had worked with Mark Gordon to adapt the material into a movie, but then expressed interest in creating a drama based on the script more than a decade ago. She alleges that Gordon shared her enthusiasm, but never followed up on the matter until ‘Quantico’ was announced last year.

The case is built upon the plaintiff’s claim that the show bears too many similarities to their own notes to be pure coincidence. They assert that Gordon – who retained all of their material from the documentary – used their work to create a show that would have otherwise been impossible.
Lawsuits of this nature are not necessarily uncommon in Hollywood. It’s a collaborative business based purely on the development of intellectual property. Only time will tell how this lawsuit pans out.