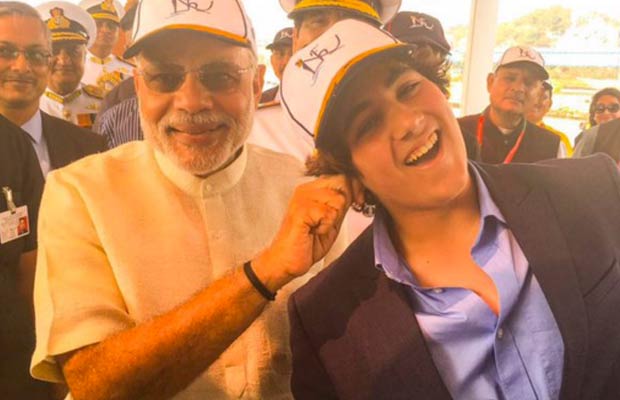 [tps_footer]It is surely a dream come true moment when you get an opportunity to meet Prime Minister Narendra Modi and that’s what exactly happened with Akshay Kumar’s son Aarav. Akshay Kumar’s son Aarav who is currently in school, had recently got a chance to meet PM Modi at the International Fleet Review ( IFR)2016 at Vizag (Visakhapatnam) in Andhra Pradesh.

Just when Narendra Modi met Aarav, he went ahead and pulled his ears in the most adorable way and called him a ‘good boy’. Akshay Kumar shared a picture of his son Aarav and Narendra Modi pulling his ears. He tweeted the picture with a caption, “Proud moment in a father’s life, when the Prime Minister pulls your son’s ear in jest & calls him a good boy ;)” 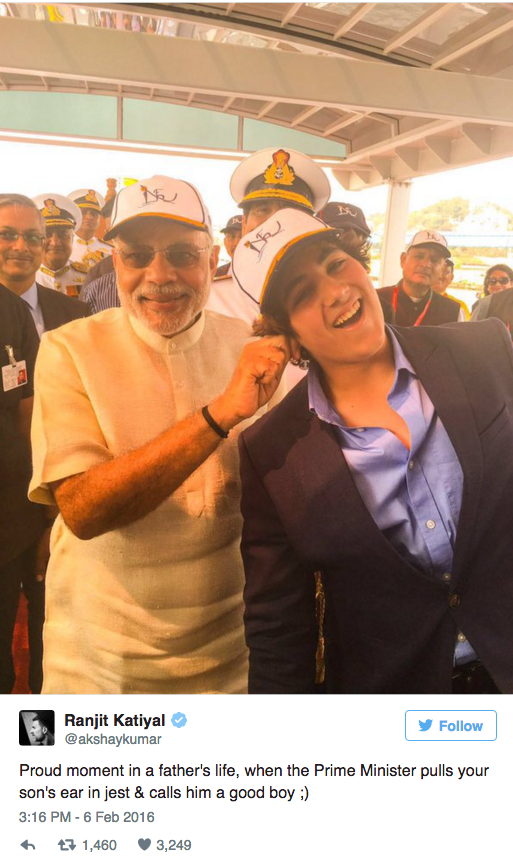 Well, mommy Twinkle Khanna too couldn’t stop herself from sharing the proud moment. She tweeted, “When a picture is truly worth a thousand words.. #BigMoment”

At the event, Narendra Modi interacted with several people and among many was Akshay Kumar and Twinkle Khanna’s son Aarav. Akshay Kumar, who is the brand ambassador of IFR, participated in the opening ceremony at INS Sathavahana Stadium on Friday. The actor was also spotted taking pictures with Union Minister for Civil Aviation At Visakhapatnam. Also present at the event was actress Kangana Ranaut who is currently shooting for her upcoming film Rangoon. 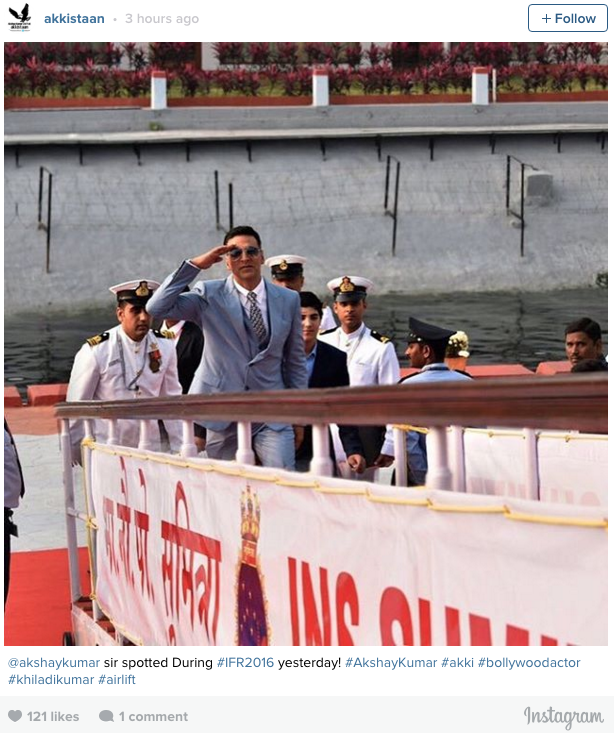 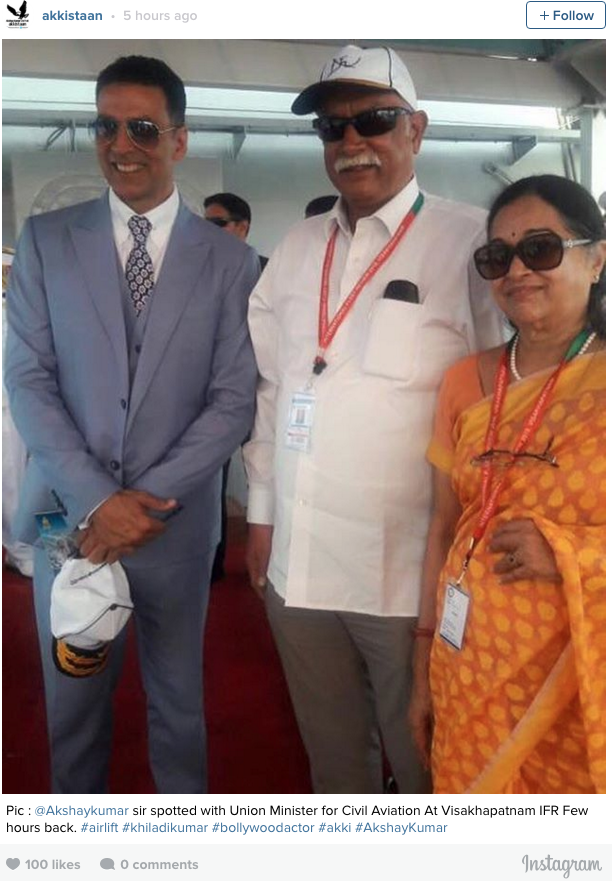 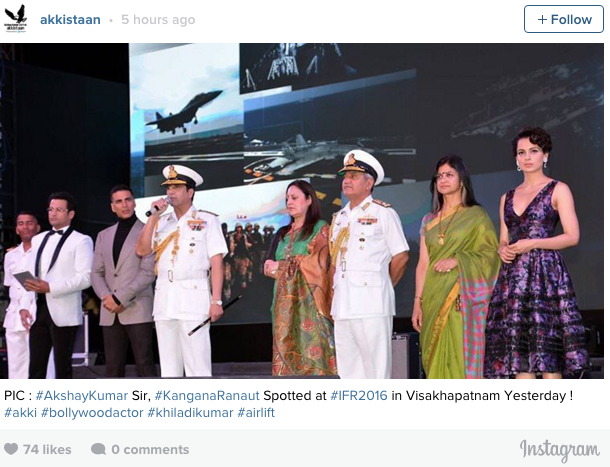