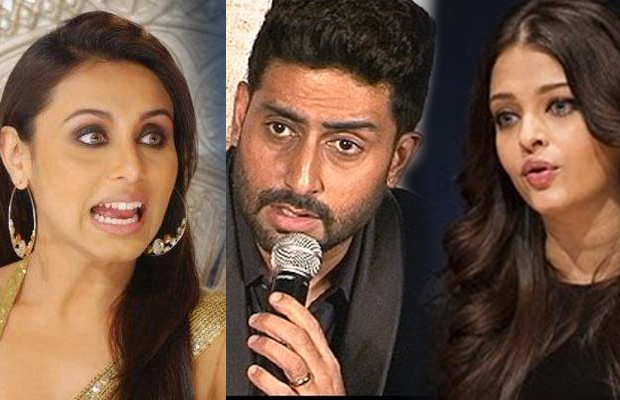 Bollywood actors Rani Mukerji and Abhishek Bachchan have done many films including Bunty Aur Babli, Yuva, Laaga Chunari Mei Daag and Kabhi Alvida Na Kehna among others. The two great actors of those times had left audience impressed with their sizzling onscreen chemistry.

However, things had turned sour between the two actors. Back in those days, rumours were rife that Abhishek Bachchan was in a serious relationship with Rani Mukerji and the duo had also planned to marry each other but as their families were against it, things didn’t work out.

Now, we have come across an old Filmfare interview of Rani Mukerji where she had spoken about what had gone wrong between her and Abhishek. When Rani was asked, what went wrong with her friendship with Abhishek and whether she is upset about the fact that she wasn’t invited for the marriage, Rani had replied saying, “Only Abhishek can throw light on that. The truth is that if a person chooses not to invite you to their wedding, you realise where you stand with the person. You may be deluded and think you are friends but maybe the friendship was only restricted to being co-stars on the sets.”

She had further added, “It doesn’t matter. It became very clear and evident that we were only co-actors and not friends. Moreover inviting someone to a wedding is a personal choice. Tomorrow when I decide to get married, I will choose the handful of people I want to invite. A lot has been blown out of proportion. Poor guy has been married for many years, we should all move on. I will always have fond memories of working with him.”

It was also said that ever since Rani Mukerji had replaced Aishwarya Rai Bachchan in Shah Rukh Khan starrer Chalte Chalte, things were not good between them. The two never shared a friendly relationship with each other.

Speaking on the same, Rani had said, “We are always civil to each other. If I see her, I’ll definitely wish her. She’s a fabulous actor from my generation.”