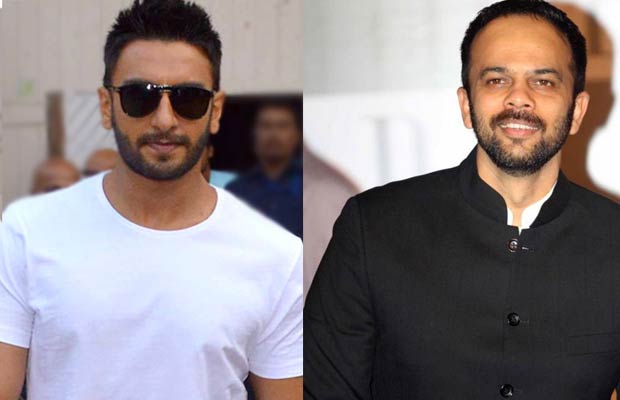 [tps_footer]Few days back Ranveer Singh shared a poster where he revealed that he is teaming up with director Rohit Shetty. All were guessing that will it be a film or what. Now we finally got our doubts cleared. Ranveer Singh and Rohit Shetty unite for making a TV commercial.

Last year Ranveer Singh appeared in the song My Name Is Ranveer Ching as he is the brand ambassador of Ching’s Secret which is a brand of Indian Chinese cuisine ingredients, condiments and ready-to-eat meals and Ranveer Singh is back again to endorse the Ching brand.

Ranveer Singh released a video which is supposed to be a trailer of his upcoming advertisement for Chings secret and is directed by Rohit Shetty. The concept of the advertisement gives us a Hollywood feel as Ranveer Singh depicts the role of Ranveer Ching a saviour of a Devastated World. This video also features Tamannaah Bhatia.

Earlier it was reported that Ranveer Singh loves Hakka Noodles and he liked the hot and spicy Chings Noodles and when he was approached he happily agreed to be their ambassador.

Looking at the video it seems it’s going to be a big time hit as it looks different from the other ad-films. Wait for the complete ad-film releasing on August 19 to see the magic of Rohit Shetty and Ranveer Singh.