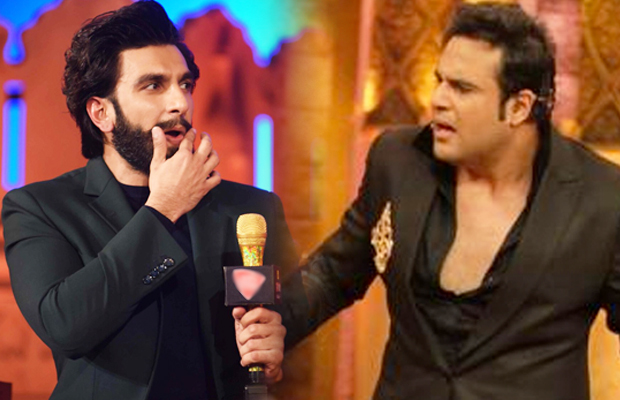 Comedy Nights Bachao Taaza has had only negative publicity in the past. Be in because Tannishtha Chatterjee got offended by their racial comments and jokes that went on for over two segments of the show or when John Abraham, who came to promote his film Force 2, walked out of the show after getting offended with Krushna Abhishek and Bharti Singh’s jokes. Seems like this trend has made Ranveer Singh refuse to promote Befikre on the show.

Ranveer Singh and Vaani Kapoor have been on almost all platforms to promote their upcoming film, Befikre on television as well as by their presence on social media. But seeing the amount of celebrities getting irked by the show’s format and comments of the hosts, Ranveer Singh flatly refused when he was asked to be on the show.

Comedy Nights Bachao Taaza has a roast format for their show which is helmed by Krushna. It often sees itself admits controversies for the jokes cracked in bad sense of humour and distaste. Celebs like Akshay Kumar and Kareena Kapoor Khan also refused to be a part of the show owing to its terrible reputation in the industry. Shah Rukh Khan, who came last year on the show to promote Dilwale, specifically asked the makers to chop off the parts was his personal life was targeted.

Even TV celebs like Kavita Kaushik, have expressed their displeasure over the content and format of the show. The TRP of the show has also seen a huge dip and fell by 22 percent. It seems that their bad reputation is ongoing and has left it in bad light especially for B-Towners.

Maybe not agreeing to go on the show saved Ranveer some grace. What do you think?