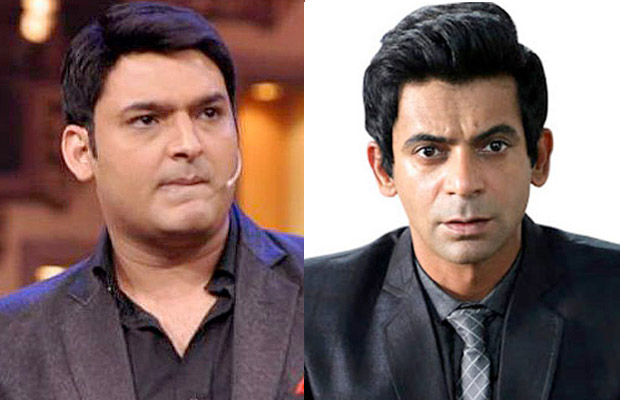 Kapil Sharma has been breaking the internet lately for the wrong reasons.

Kapil Sharma has been accused of being abusive and physical to Sunil Grover on a flight from Australia to India.

Reportedly, Kapil was in a drunken state when he humiliated and abused Sunil Grover on a packed flight. However, after much of speculations, Kapil admitted fighting with Sunil and also apologised to him publicly.

Now according to Hindustan Times, more details about Sunil-Kapil spat has been revealed. A source on the condition of anonymity revealed that Kapil had consumed an entire bottle of whiskey. He lost his temper when the cabin crew served food while he was still drinking, and his team members didn’t wait for him to finish before eating.

This got Kapil angry who had not yet finished his drink. He was quoted saying, “Jab maine khaana shuru nahi kiya toh tum logo ne kaise le liya khaana?” he shouted. The eye-witness reveals that Kapil’s co-stars looked so startled that they started returning their half-finished food trays to the crew.

Sunil Grover tried to calm Kapil down, who then started yelling at him. “Kapil got up, took off his shoe, and hit Sunil,” says the source. He added saying, “He also pulled Sunil’s collar, and repeatedly slapped him.”

In the scuffle, a female crew member of Kapil’s also got hit. “Sunil Grover tried to keep his calm and was trying to tell Kapil to not create a scene. By this time, Kapil’s abuses were so loud that he could be heard also where the economy class passengers were sitting.”

To Sunil Grover, he kept repeating, “Gaya tha na tu toh. Aaya na waapas mere hi paas” (in reference to Sunil quitting Kapil’s show, Comedy Nights with Kapil, earlier to start his own on a rival channel, and later returning to the show after failing to get enough TRPs) .

“While yelling, Kapil also kept loudly abusing in Punjabi. At some point, the cabin crew told Kapil that they would have to call security on landing, if he didn’t stop.” He, however, kept repeating, “Arrey yeh log samajhte kya hai. In sab ka career meri wajah se hai,” says the source.

If the source is to be believed, then something is seriously wrong with Kapil Sharma!