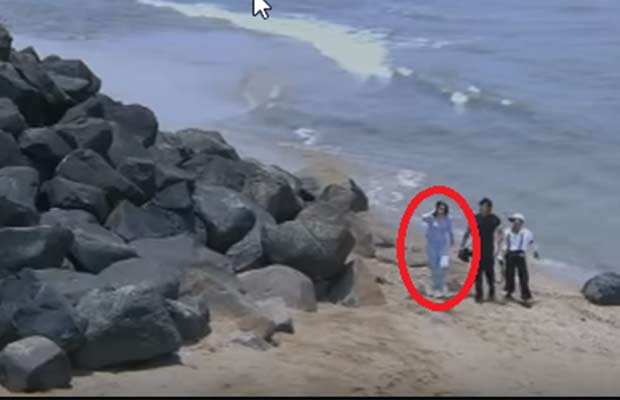 [tps_footer]Kareena Kapoor Khan is definitely one of the most gorgeous and successful actors in Bollywood without any doubt. Her glamour, poise, and skills are tough to beat. But going back in time, want to know how things started out for Kareena? Let’s have a look.

For all those who are unaware, Kareena Kapoor Khan was supposed to make her debut in Bollywood opposite  Hrithik Roshan in his super hit movie ‘Kaho Na Pyar Hain’ which was directed by Rakesh Roshan . But as we all know, Ameesha bagged the role instead and Kareena debuted with Refugee and she’s been unstoppable after that. All hail, our Bebo!

But we came across an interesting revelation made by Kareena during an interview.

She said, “My first shot was for Rakesh Roshan’s Kaho Na Pyar Hain, which is still there in the film.  I was there behind the rock. There is a scene that is there in the blue sweater and jeans. That’s me, not Ameesha.”

Yep, that is true. No lies there. She was indeed in the movie but in one particular shot. That’s all. So indirectly she kind of debuted in Kaho Na Pyar Hai in a smaller manner.

We wonder why she did not go for the movie. What do you guys think ?[/tps_footer]