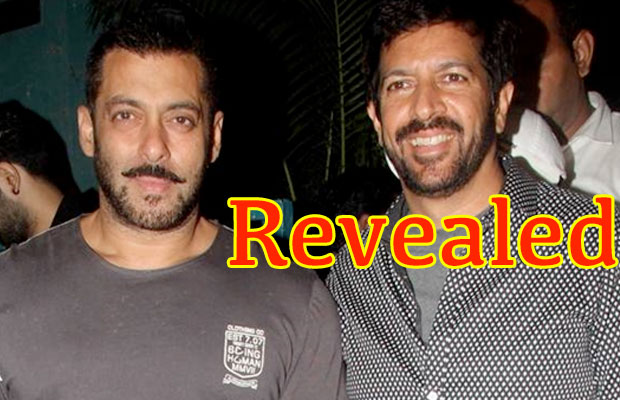 [tps_footer]Salman Khan and Kabir Khan are undoubtedly one hit Jodi of Bollywood. Both of them have done two super hit films together. One is Ek Tha Tiger and another one is the biggest hit of 2015, that is Bajrangi Bhaijaan. And now Salman and Kabir will collaborate with each other for the third time. Salman Khan is the most wanted actor of Bollywood and filmmakers actually wait in cue to work with him. But Kabir Khan is lucky to work with Salman Khan for the third time in a row.

The film is been named ‘Tubelight‘ and it will be an Indo-China production. Kabir Khan‘s film has political connections and hence they look realistic. In an interview, Kabir Khan was asked about his film with Salman Khan and he said, it is a personal issue and he can’t talk about it right now. He added that his films always have a political backdrop to them because that’s what excites him. So ‘Tubelight’ also has a little political backdrop.

When asked if their upcoming film will follow the lines of Bajrangi Bhaijaan, Kabir said that in terms of its emotional space it is similar to Bajrangi Bhaijaan, but the story is very different, it is more of humor and emotional space that he hasn’t dug into. Salman is said to travel from India to China in the film. The film will be shot in Ladakh and is slated to release on Eid next year.

We are eagerly waiting for this film, especially after the super hit Bajrangi Bhaijaan.[/tps_footer]