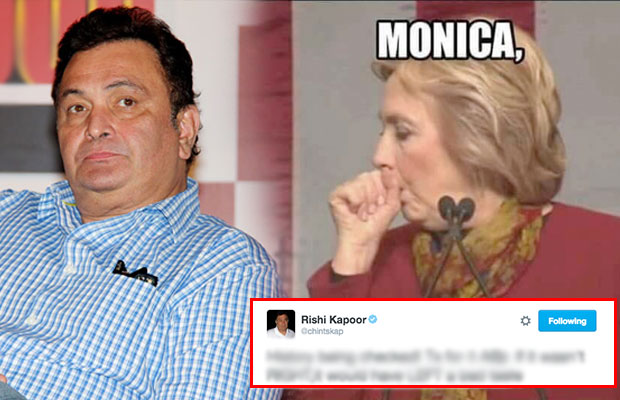 [tps_footer]Rishi Kapoor is always in the news thanks to his hyperactive twitter account. The veteran actor who is now and then gaining limelight for his sensational tweets has yet again done something similar. The Kapoor & Sons actor recently got involved in a tiff with the Congress party when he commented about their decision to name public places on the Gandhi family.

The talented star who always has an opinion about the trending issues has now said something about Democratic nominee Hillary Clinton. The actor posted an insensitive tweet which was not well taken by the Twitterati.

Rishi Kapoor posted a picture of Hillary Clinton captioning it, “History being checked! Tx for it ABjr. If it wasn’t  RIGHT,it would have LEFT a bad taste.” 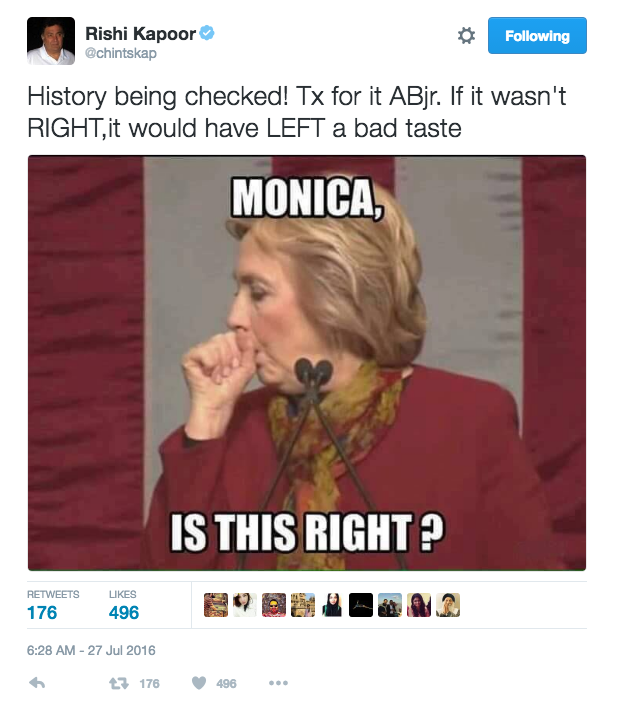 For all those who are scratching their heads for the meaning of the post here is what it indicates. The picture indirectly refers to the infamous incident wherein Hillary Clinton’s husband who was the then President of United States gained headlines for having an affair with Monika Lewinsky.

The twitter users slammed Rishi Kapoor for his insensitive tweet and loads of hate comments also were directed to the Kapoor actor. The senior actor was unapologetic about the same and instead tweeted, “Why are people so judgmental and moralistic on this platform? Don’t like it,delete me,like I do. Fuc* you! It’s my prerogative to comment.” 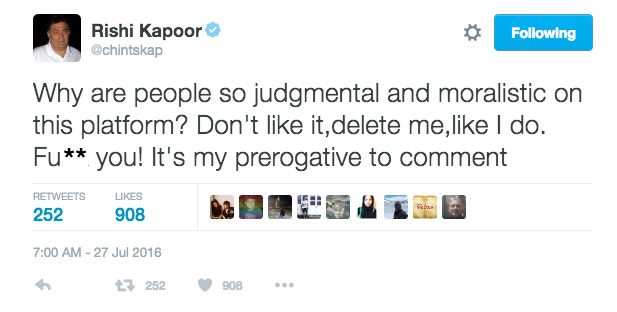 The actor further also posted, “I commented on Trump and so I did on Hillary.You don’t like it,delete me. My forum is a fun one. Lots tweet on me being drunk.That’s sad!” 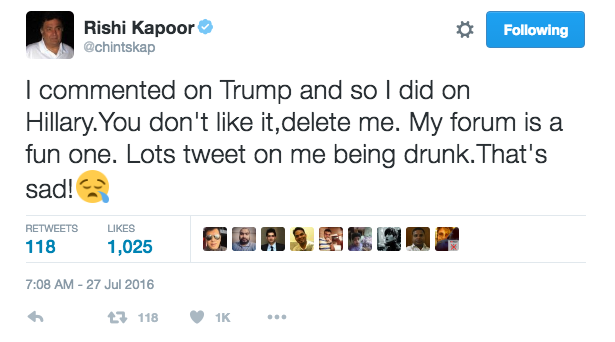 @chintskap as an American, this is not funny at all. Male chauvinism at its best!

@chintskap Sir this is not funny at all. The meme is the very definition of misogynist

@chintskap ;This is in pretty bad taste.Try doing a similar one for Modiji and then see the fun

@chintskap Sir trust me, Just replace hillary’s face with neetu singh’s n ‘monica’ with ‘Dimple’ and it becomes even funnier. 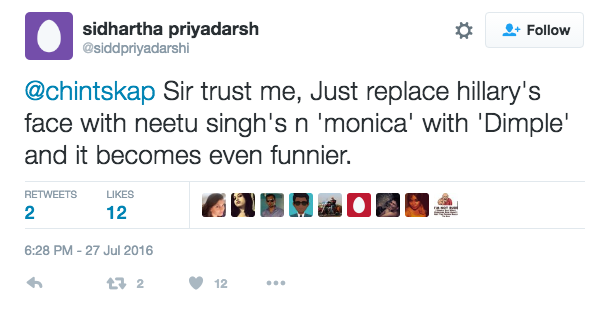 @chintskap it was not expected by an educated person like you. Being witty and funny is good but this was neither witty nor funny. Shame.

@chintskap and we wonder why women are raped in India. This right there is the attitude of all men.

@chintskap Cheap. Crass. Misogynistic. You are nicely maturing into a blot on Kapoor legacy.

@chintskap You are disgrace to the talented Kapoor family.Had to said same abt someone like @smritiirani n India you would be in jail by now 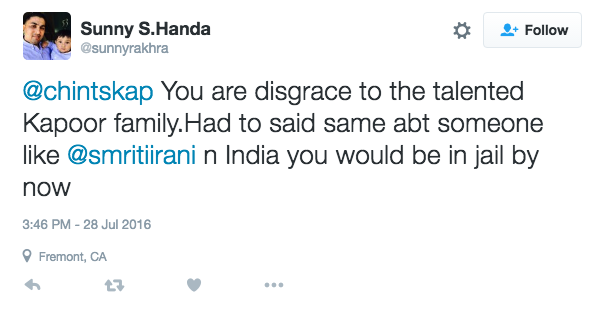