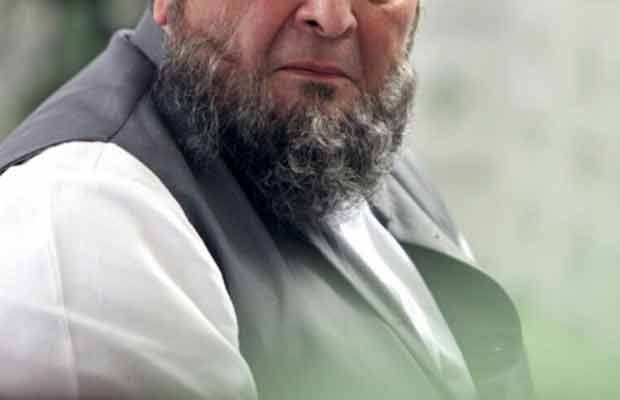 The veteran actor Rishi Kapoor never misses to stun the audience. Whether it is with his quirky and sarcastic tweets or with his performances in films, the actor always does something unique. Last time Mr Kapoor amazed everyone with his transformation for the film Kapoor N Sons. And this time, the actor has again changed his looks for the upcoming film Mulq.

It was yesterday, when the veteran actor changed his display picture on the social networking site Twitter, revealing his first look from the film. Along with the picture he wrote, “For all my fans my first look of the film ‘Mulq’. Voice of tomorrow!”

The still sees him in a bearded look without a moustache. It looks very intriguing and will leave you wondering about his role in the film.

Earlier talking about his role in the film, he told ANI, “I have not done drama in a long time and when Anubhav narrated the film to me, I loved the concept of the film.Shooting in Benaras and Lucknow will be an added bonus since I have heard such great stories about the cities.”

After sharing his look from Mulq, Rishi Kapoor shared another one of his snap which was from his another upcoming film ‘102 Not Out’ with Amitabh Bachchan. Sharing the picture, he wrote, “Another different fun film I am doing ‘102 Not Out’ with the amazing AB.”

The film will see Kapoor playing the role of 75 year old son of 102 years old Bachchan!