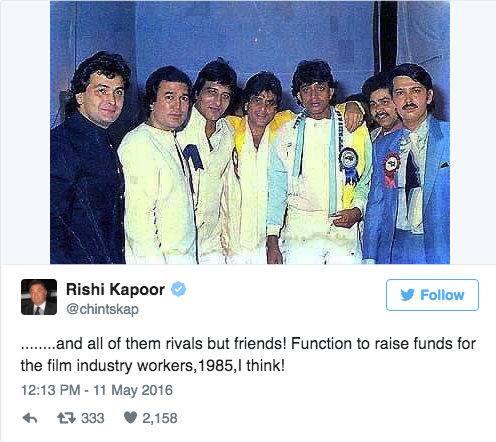 [tps_footer]Bollywood’s die-hard cinema lovers, Kapoor‘s family have only one member like Rishi Kapoor who can poke fun at anyone, at any time without realizing the after-effects of his jokes. But honestly, a lot of times Rishi Kapoor‘s sense of humour can make you laugh with a feeling a getting pinched badly. Recently, Rishi Kapoor opened up the not-so-secret-files of his own son Ranbir Kapoor‘s ex-girlfriends and he said two of them have been Ranbir‘s co-actresses. No points for guessing, it’s clearly Deepika Padukone and Katrina Kaif that Rishi is talking about.

The actor captioned the image as “And all of them rivals but friends! Function to raise funds for the film industry workers, 1985, I think!”

Just recently, Rishi Kapoor pointed out Frank Sinatra as a self-obsessed star and he remembered so many self-obsessed artists he has worked with in our B-Town. 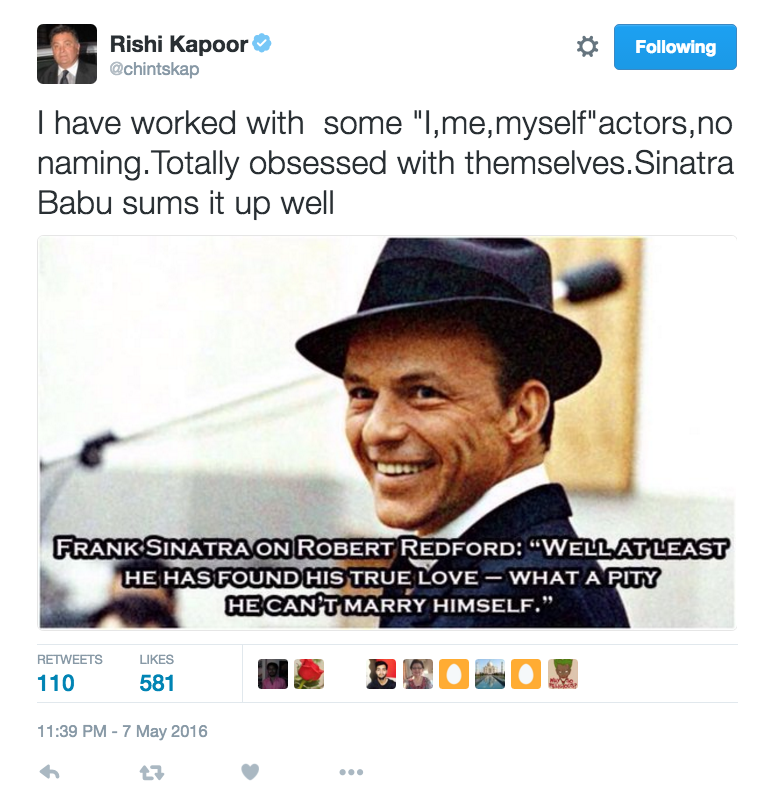 Isn’t Rishi self-obsessed too? Doesn’t he feel his humour is greater than anybody else and that he is still charismatic? Well, we leave this for you to decide but other than poking fun at Frank Sinatra, Rishi Kapoor also made fun of his own movie Amar, Akhbar, Anthony starring Amitabh Bachchan, Parveen Babi, Vinod Khanna, Neetu Kapoor, Shabana Azmi. 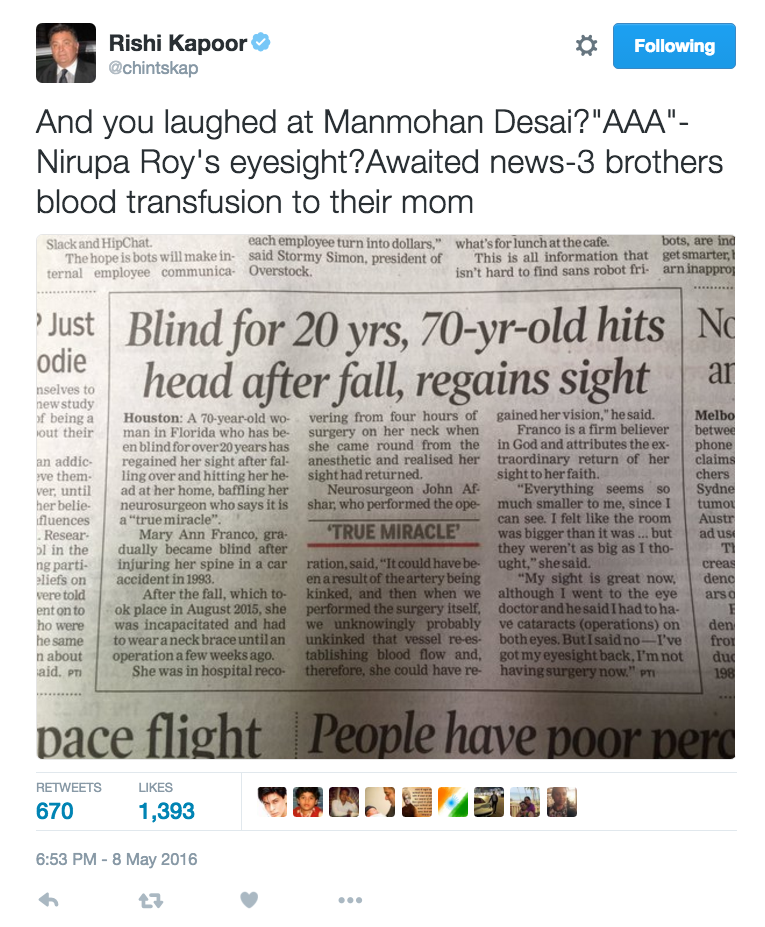 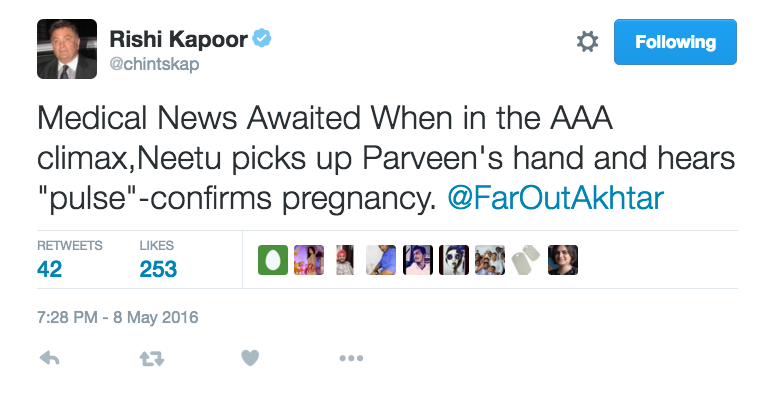 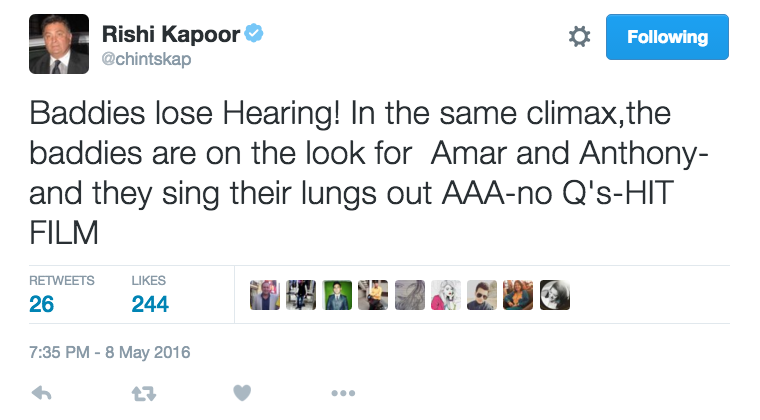