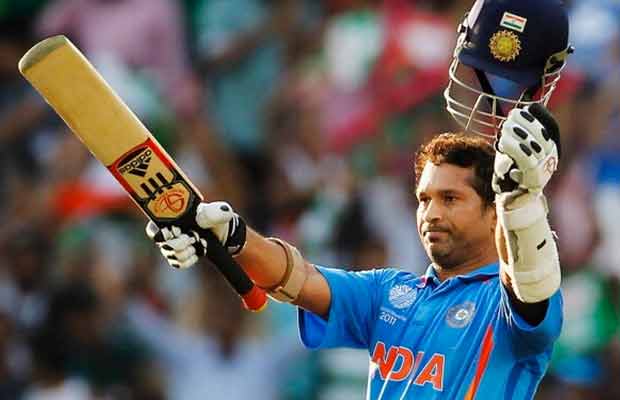 The first bat is a very memorable deal for every cricketer and being presented by a loved one makes it even more special. Sachin’s first ever bat was from Kashmir, and was bought by none other than his sister Savita.

Sachin Tendulkar is a global figure, who has captured the heart of the nation and is regarded as one of the greatest cricket sensation of all time. However not many know the contribution of his family in his career. The support of the family plays a vital role in the success of anyone. While people might know that Sachin’s brother Ajit introduced him to coach Achrekar, not many know that he received his first bat from his sister, who bought it from Kashmir.

Ravi Bhagchandka producer of the film shares, “A cricketer’s first bat is always extremely precious and special as it marks the beginning of a journey. Even Sachin till date reminiscences that his first bat was gifted to him by his sister, Savita.”

The recently released trailer of the much-awaited biographical drama, ‘Sachin: A Billion Dreams’ received a raving response from all quarters. Sachin’s inspiring story is nothing less than exceptional and every content piece from his upcoming film has been creating increasing anticipation among audiences.

The movie captures the cricket and personal life of the Legendary Cricketer in detail, revealing aspects of his life which have never been heard of or seen before.

The film, ‘Sachin: A Billion Dreams’ showcases a restless 10-year-old kid’s journey from watching Kapil Dev lift the glorious World Cup to the fulfillment of his dream of holding it in his hands one day, for our nation, for India!

Produced by Ravi Bhagchandka of 200NotOut and Shrikant Bhasi of Carnival Motion Pictures, and helmed by James Erskine, ‘Sachin: A Billion Dreams’ is all set to release on 26th May 2017.