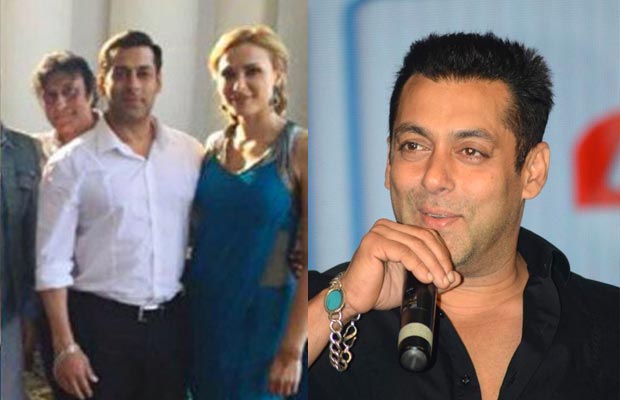 Lately, rumours were taking rounds that Bollywood’s most eligible bachelor Salman Khan had secretly engaged to Romanian model Lulia Vantur. Not only that, it was also said that Salman Khan and Lulia are planning to marry early next year.

But guess what? Salman Khan was not at all annoyed with the rumours instead he was enjoying it and wanted the rumours of his marriage to go on as it wouldn’t make any difference to it. The actor in an interview said, “Oh, I loved the rumour about my engagement. When the rumour about my engagement broke out, some journalist called my father and said, ‘Mubarak ho, Salman Saab has got engaged, and my dad, who obviously got a bit perplexed, replied – ‘I don’t think so…he is sleeping.

He continued saying, “This news came out in the foreign media because Lulia’s friend whose name is also Lulia, was wearing a ring. She gave that ring to Lulia (Salman’s friend) to wear and suddenly the news was splashed all over, but in five minutes Lulia cleared out that it was her friend’s ring and there’s no engagement, nothing. But by then it was all aish (celebration) for the media here. I felt let the rumours about my engagement go on, what difference does it make?”

Well, earlier Salman Khan’s close friends and family also rubbished all the rumours but no one was really ready to believe, but now we hear straight from the horse’s mouth.