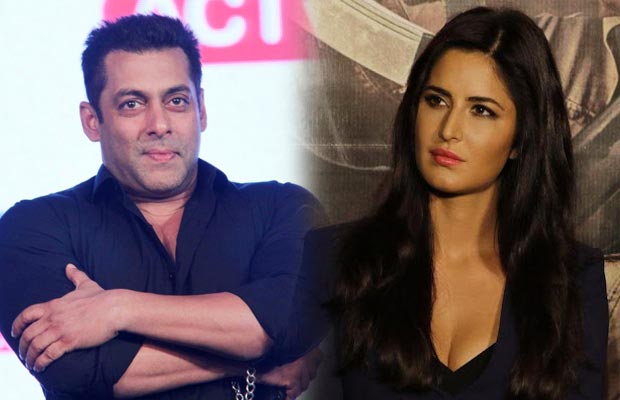 Salman Khan and Katrina Kaif’s love story in known to all, but the recent instance will surely make you laugh out loud. Salman Khan is known for his witty sense of humour and the actor didn’t leave a chance to reply something such on Katrina Kaif.

Salman Khan can never get over Katrina Kaif and it seems his eyes are searching for her only. It happened during the shooting of Comedy Nights With Kapil where Salman Khan and Sonam Kapoor appeared on the show for the promotions of Prem Ratan Dhan Payo.

Salman was totally enjoying the shooting of the episode; during one scene Salman noticed a packet of crackers that had Katrina’s picture on it. Surprisingly, his eyes spotted on Katrina’s picture on the cracker box, and soon he guffawed to Kapil saying, “What purpose does it serve you to have her picture around? She is of no use to you.’ And then without a thought he added, ‘She was of no use to me also.’”

Also Read: Bigg Boss 9 With Salman Khan: The Two Dogs Of The House!

This made Salman and Kapil laugh out loud!

Also reportedly, the makers of the show are trying to figure out that they should put this in the episode or edit it out. But as it’s a family drama film and based on it the show was carried out, so it might be that Salman Khan’s comment on Katrina Kaif might get cut. Unfortunately, the viewers would miss the fun.

Well, Salman Khan never forgets to give his reaction when it comes on Katrina Kaif. Last year during his sister Arpita‘s wedding, Salman Khan asked Katrina to come on the stage. He called her on the stage by saying, “Mai kya karoon…I gave you a chance to become Katrina Khan, but you chose to be ‘Katrina Kapoor”

On the work front, Salman Khan is promoting Prem Ratan Dhan Payo which is releasing on November 12, on the other hand Katrina Kaif has recently wrapped up the shooting of Baar Baar Dekho with actor Sidharth Malhotra.