Salman Khan starrer Tubelight now has its own character emoji!

Salman Khan’s fans were eagerly waiting for the first song, The Radio Song from his upcoming film Tubelight, which is supposed to release today. But before the song came, another surprise was on its way for the fans.

To the delight of all Salman fans, or we should say Tubelight fans, the film has become the first ever in Bollywood to have a character emoji of its own. The emoji, which Twitter has launched looking at the craze of Tubelight, is a very cute one in which Salman Khan can be seen in the signature pose of saluting with the shoes around his neck. The emoji appears when you use the Tubelight hashtag while tweeting.

The director of the film, Kabir Khan shared this news with everyone on Tuesday morning via his Twitter handle. His tweet read, “Happy to announce tht Tubelight becms the FIRST Bollywood film with its own character emoji #TubelightKiEid! @BeingSalmanKhan @TwitterIndia” 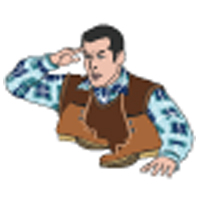 The Radio Song from the much awaited film Tubelight is just a few hours away from its release and the fans are indeed restless for it. The song has been shot in the fictional town of Jagatpura which was specially built across three acres of Film city. The track which is a celebratory song in the film had been shot on a very large scale. It has the touch of the 60’s and required a huge crowd to be dancing on it.  Kabir had organised 200 dancers and about 800 juniors to be part of the song along with Salman Khan.

With the song coming up today, the film is slated to release on 23rd June.