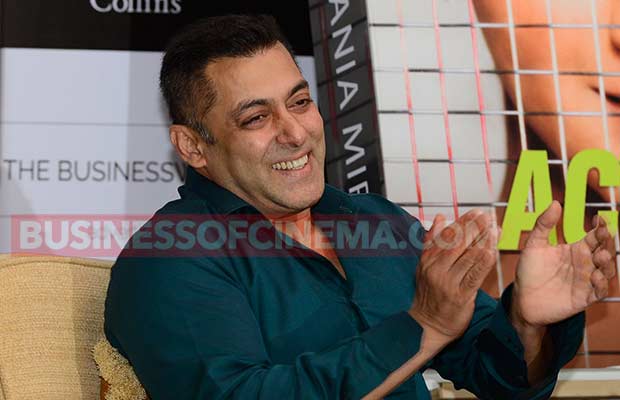 Bollywood actor Salman Khan has always come up with witty, clever and unintentional replies. Yesterday, at the trailer launch of Sohail Khan’s directorial Freaky Ali, Salman was in his own usual happening mood. The actor left the audience in splits with his witty replies at the trailer launch. In fact, Salman didn’t even mind revealing his ‘virgin’ status. Yes, he did that!

If you have watched the trailer of Freaky Ali, in one of the scenes, actor Nawazuddin Siddiqui is seen saying he is desirous of se* but only after marriage. When Nawazuddin was asked if he applies the same rule in his real life, Salman interjected saying, “He is already married.”

So the tables turned and the question then went on to bachelor Salman Khan. When asked what his take is on se* after marriage. Salman in his own style replied, “I have already answered this one before as well. Shaadi bhi nahi hui aur woh (se*) bhi nahi hua. (Marriage and sex both have not happened in my life)”

Remember, during the fourth season of talk show Koffee with Karan, Salman had said that he is virgin and that he was saving himself up for his future bride.

Well, he comes with the same statement again!