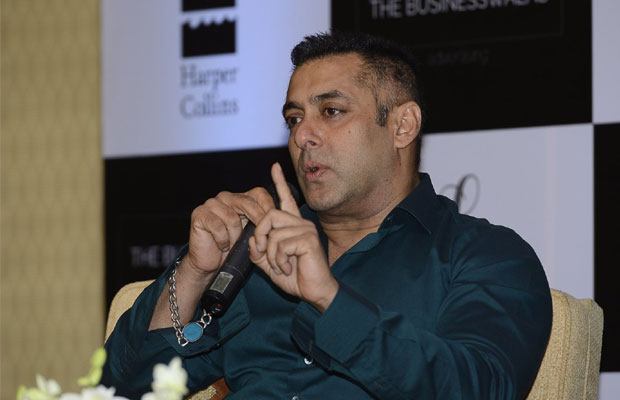 [tps_footer]Bollywood superstar Salman Khan has always slammed social media users for sending abusive messages to other celebrities via a fake account on his name. In the past, Salman had warned that he would quit twitter if users don’t stop from posting abusive comments about his colleagues Aamir Khan and Shah Rukh Khan. In fact, some time ago an impostor used his photograph on Facebook to make a casting call for a Bollywood film, which had not gone down well with the actor.

Talking about the same, Salman Khan said, “People misuse freedom of expression on internet 100 per cent. Freedom of expression is that you should be responsible for what you say. It’s not saying something behind someone’s back and thinking that no one will find out as it is on the web or do whatever you feel like or hire some company or some boys.”

Salman Khan even added saying that action should be taken against the people who are misusing social media by hiding behind the virtual world. The ‘Being Human’ star thinks that cyber cells should track them as they can immediately find out who is exactly writing what.

“All this will sort out with two-four cases being reported and they (those people) going inside the jail. Others will get an example of it and will be warned of consequences,” he added.

Well, the ‘Being Human’ star is quite alert about the faux social media accounts and pages that are running on his name.[/tps_footer]