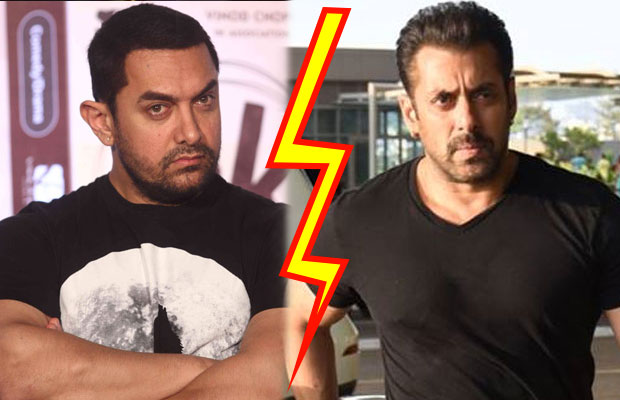 After Ranbir Kapoor as boxer Johny Balraj in Bombay Velvet, and co-actors Sidharth Malhotra and Akshay Kumar as boxers in their last film ‘Brothers‘, Bollywood’s two Khans, Salman Khan and Aamir Khan have took over the role of wrestler in their respective upcoming films.

Well, by now we all know that Aamir Khan will be playing the role of wrestler in Nitesh Tiwari’s next Dangal while Salman Khan will also be playing the role of wrestler in Ali Abbas Zafar’s Sultan. Both the actors are leaving no stone unturned for the preparations of the film. Aamir is currently shooting for Dangal in Punjab while the Bajrangi Bhaijaan is training for the film along with Prem Ratan Dhan Payo promotions.

When asked about audiences drawing similarities between Sultan and Aamir Khan‘s film Dangal, Salman Khan clarified saying that both the films are different. He said, “No, there is no similarity. If there are two action films or two love stories being made, nothing changes. Wrestling is a sport and there are two films on sports.”

Well, this is surely going to be challenging yet tough film for both Salman and Aamir Khan. In fact Salman also said that he is also gaining lots of weight for the film. Salman on his weight said, “Yes I will. I have to 95 kilos. Currently I am 87 kgs. It will be difficult to beef up but hopefully I shall get there, in a month. I have to show two different body types in the film.”

Now time will tell, whether Aamir Khan or Salman Khan who sets their mark as wrestler, in front of the audience!

Meanwhile who would you prefer watching?