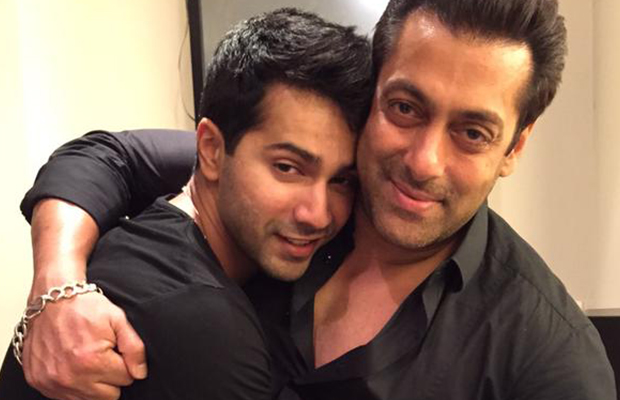 [tps_footer]Sajid Nadiadwala whose latest release is doing wonders at the box office, talks about his next film Judwaa 2 which will feature Varun Dhawan in a double role. Varun Dhawan is known for his perfect comic timing. We are waiting to see Varun Dhawan fitting in the shoes of Salman Khan as Judwaa 2 is a remake of Judwaa which starred Salman Khan.

Rumours are rife that in Judwaa 2 we will get to see Salman Khan too but in a cameo role. When Sajid Nadiadwala was asked about Salman Khan appearing in Judwaa 2 for a cameo he was reported saying that it would be interesting to get him on board in special appearance in Judwaa 2 but presently they are penning down the script and once they are done with it they will take a call if the script needs it. Sajid Nadiadwala later on added that according to him cameo roles are only good if they are as impactful as Akshay Kumar’s role in Dishoom otherwise they make no sense.

The producer-director said that the script is 70% complete and they will be probably done till Diwali. The shoot of the film Judwaa 2 will go on floors at the start of 2017. Like the previous film, even Judwaa 2 will be having two heroines but Sajid didn’t reveal the actress name. He says that it is too early to talk about the star-cast.

Judwaa which starred Salman Khan, Karisma Kapoor and Rambha in the lead roles was an action comedy film released in the year 1997 and was directed by David Dhawan. Judwaa 2 will be featuring Varun Dhawan in the lead and we hope to see at least a cameo of Salman Khan as we feel Salman Khan-Varun Dhawan sharing the big screen will be interesting to watch.[/tps_footer]