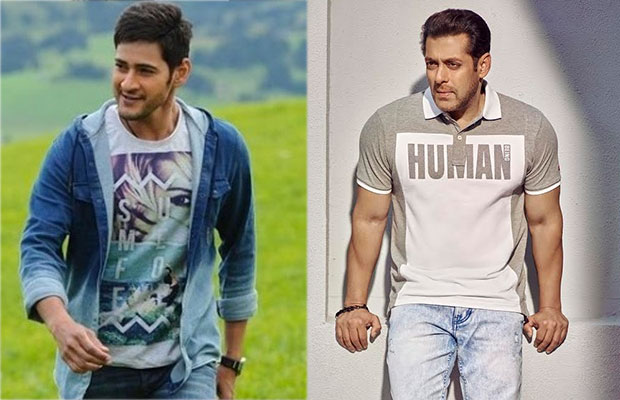 Salman Khan’s film Tubelight will be clashing with a south film at the Box Office, this Eid.

Bollywood superstar Salman Khan owns Eid like a boss. Salman Khan has always delivered his blockbuster films on Eid. Call it a tradition or destiny, Salman has had a super hit tryst with this tradition of releasing his films on Eid. Hence, no other actor releases any of their films during the festival of Eid. In fact, every actor makes sure that they avoid releasing their film on Eid. Who has guts to clash their film with Salman Khan’s film?

But there is someone who dares to take this risk! Yes, you read that right! Telugu superstar Mahesh Babu’s upcoming film will be clashing at the box office with Salman Khan starrer Tubelight. Both the films are releasing this year on Eid weekend.

Mahesh Babu’s upcoming movie, which is tentatively titled Sambhavami is a Telugu-Tamil bilingual spy thriller written and directed by A R Murugadoss. The film is said to be made on a huge budget of around Rs 110 crores and reportedly, the makers are planning to release the Hindi version of the film too.

Talking about Salman Khan’s Tubelight, this film sees his third collaboration with his close friend filmmaker Kabir Khan.  Tubelight is based on 1962 Sino-Indian War, this historical war drama also features Chinese actress Zhu Zhu, Shatrughan Sinha, and the late Om Puri among others. The movie will see the two stars Shah Rukh and Salman sharing the same screen space after a gap of 10 years.