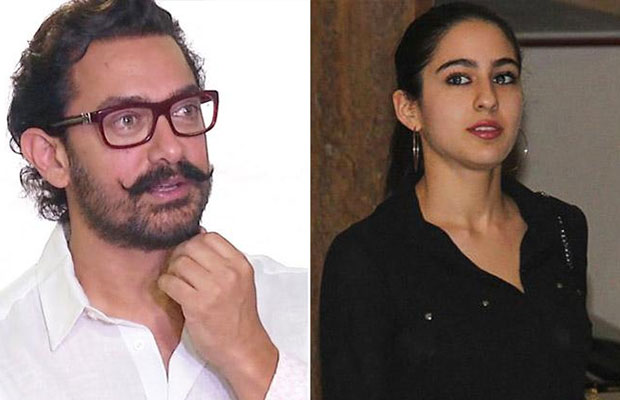 Thugs Of Hindostan is already an eagerly awaited film because of its explosive star cast which has two of the best actors in B-Town – Mr. Amitabh Bachchan and Aamir Khan. The two have never come together before and therefore makes it a highly anticipated film.

YRF Films is still debating on the female lead. It is reported that Aamir Khan is keen on having a young star. The names of Alia Bhatt, Shraddha Kapoor and even Vaani Kapoor have been floating around. Aamir has also suggested the name of his ‘Dangal’ daughter, Fatima Sana Shaikh.

Now, the buzz is around the name of Saif Ali Khan and Amrita Singh’s daughter, Sara Ali Khan. Aamir is keen on casting a young fresh face for this Vijay Krishna Acharya’s forthcoming period thriller, Thugs Of Hindostan.

The speculation on Sara’s debut movie in Bollywood has become a never-ending guessing game. There were reports that she will be introduced by Karan Johar in Punit Malhotra’s Student of the Year 2 following which there were rumours of her being cast opposite Shahid Kapoor’s younger brother Ishaan Khattar or Hrithik Roshan in Karan Malhotra’s action comedy or opposite Ranveer Singh in a romantic comedy.

Seems like if Sara does end up doing this film, it will be like history repeating itself. Incidentally, Aditya’s late father Yash Chopra gave a break to Saif in the 1993 ensemble Parampara and it will be Aditya who will be giving a break to Sara.

If these rumours do hold any value, it will be a dream debut for Sara to have debuted with such powerful as well as popular actors.

Stay tuned for more updates on Thugs Of Hindostan.