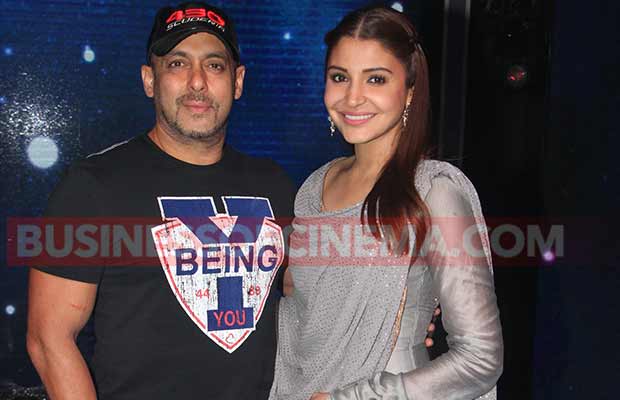 [tps_footer]’Sultan’ is the much-speculated film of the year. Salman Khan’s latest comment of ‘Raped Women’ has got him too much of unwanted publicity. He was trolled and lashed out on social media for this statement.

While the Dabangg actor is yet to apologise for the same to the National Commission for Women, which demanded an apology from the star, has now pointed out that a response from Khan’s lawyer isn’t satisfactory. As per the reports, the makers of Sultan have apparently decided to go slow with promotional activities and minimise Salman‘s interaction with the media.

Apparently, Salman Khan and his leading lady were going to go to few cities to promote the film, but with the latest controversy, the makers have decided to cancel down few cities so that they can limit Salman’s appearances at promotional events so that he doesn’t have to face awkward questions from the media.

The lead pair of ‘Sultan’ is likely to fly to Delhi shortly to spread the word about the wrestling drama. While the films spokesperson said that nothing has changed and they have been promoting the film on reality shows as decided previously.

Meanwhile, Salman has requested his family not to make any comments on the controversy, we hear. Soon after all hell broke loose over his remark, his father, Salim Khan had apologised on his behalf on Twitter, while his younger brother, actor-producer Arbaaz Khan also claimed that he didn’t mean it. There were also reports that his rumoured girlfriend Iulia Vantur reprimanded him and asked him to be more careful in future.

Well, we really hope that Salman apologises and ‘Sultan’ get a bumper opening on the first day itself.[/tps_footer]