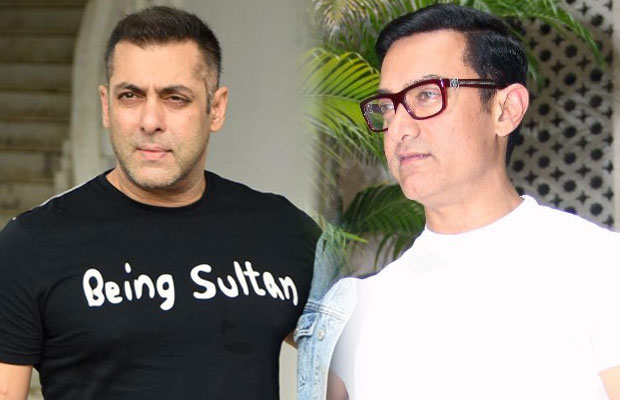 [tps_footer]Salman Khan And Anushka Sharma starrer Sultan has been breaking all the records at the Box office since its release. The film, which is based on wrestling, has been minting large numbers at the Box office and has termed as the blockbuster film of the year already. The Salman– Anushka starrer has crossed its nine days at the box office and the collection of the film comes to total Rs. 229.9 crore net approx.. Since its release, the film has been grabbing all the eyeballs.

On the success of the film, director Ali Abbas Zafar along with the lead stars of the film, held a press conference at Salman Khan’s farmhouse in Panvel. Salman Khan looked handsome in casuals while Anushka Sharma looked pretty in blue dress paired with a denim jacket and white sneakers. The two looked absolutely wonderful and happy while posing for the shutterbugs.

While interacting with the media today, Salman Khan was asked about Aamir Khan’s statement on him. Remember how Aamir was in all praise for Salman at Dangal poster launch? At the launch event,  Aamir had said that Salman Khan is the biggest star than him.

Today at a press conference, Salman was asked about this statement, to which he replied, “Aamir doesn’t lie. Whatever he says, he is right.”

He was further asked that currently, he is the number one superstar of the country. He laughed at it and candidly replied,“Become? Become? I am number one in my mother’s eyes.”[/tps_footer]