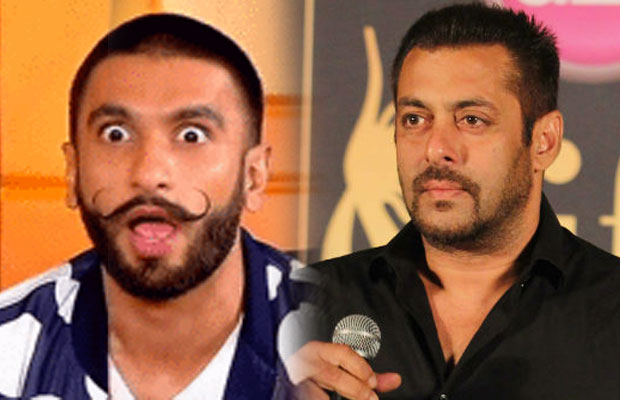 Salman Khan is one big performer indeed. The actor, with his dancing and acting skills, has earned himself a huge fanfare. There are a million people out there who take pride in calling themselves Bhai’s fans.

However, there is one person who took away Bhai’s thunder last week. The person is none other than superstar Ranveer Singh.

We reported to you that it’s been quite some time since Ranveer has gone to Paris for the shoot of Aditya Chopra‘s Befikre.

We also told you about Ranveer performed an impromptu jig in a theatre in Paris where he went to watch Sultan. Apparently, the actor couldn’t keep down his excitement, and the performer in him made him go all out on the stage and start dancing to the famous number Baby Ko Bass Pasand Hai.

Ranveer, a charmer that he is, wooed all the audience present there with his thumkas and garnered a lot of attention. The audience present in the theatre too couldn’t control their excitement and moved to dance with the actor. The entire episode resulted in utter chaos of enjoyment and laughter.

Salman Khan recently was asked for his take on Ranveer’s impromptu performance during the screening of Sultan, to which Bhai jokingly said, “I want to kill him. Actually, I want to break a chair on him. He went there to watch the film or dance? I am telling you he was making everyone watch him!”

Well, seems like Salman Khan is getting quite insecure with the speed with which these young actors are going.

But don’t worry Bhaijaan, nobody will ever replace you in the hearts of your fans!