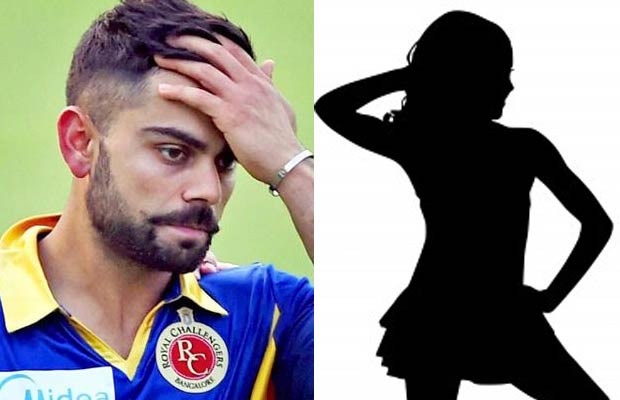 [tps_footer]We are surely happy that our Indian cricket team has won the match against Pakistan team but obviously our neighboring country won’t be happy about it and there are a model and actor in Pakistan who was ready to follow the footsteps of Indian model and actor Poonam Pandey who was ready to strip at one point of time if Indian cricket team would have won. But, she was not allowed to fulfill her wish. Not everyone is that modern or advanced as you are dear Poonam Pandey and Qandeel Balochis.

Qandeel Balochis ???? Don’t worry, we will tell you who is Qandeel Balochis, other than saying similar things like Poonam, Qandeel is also an actor and model but she is from Pakistan, isn’t it too bold for her to say that was recently reported by a portal that, “Pakistani model-actress Qandeel Balochis a tad too disappointed with the performance of the men in green. She had promised to strip for the Pakistani team if they won but as we all know, that didn’t happen. So she posted this video instead.”

And surprisingly, in that video, there is a message for our handsome cricketer Virat Kohli and Qandeel posted it by tweeting, 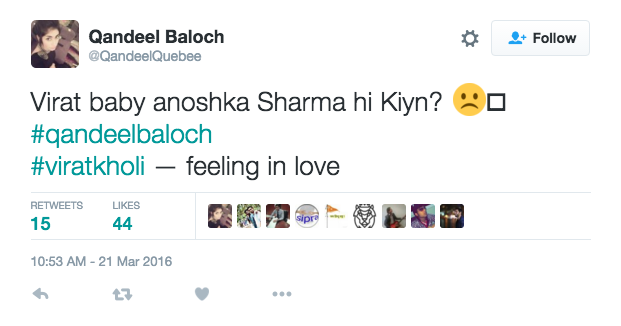 It’s not the first time Virat is receiving love messages online. Earlier, he had received a marriage proposal from the vivacious England women’s cricketer Danielle Wyatt on Twitter, soon after Virat along with his team took India into the final of the ICC World 20-20 tournament and he was just left blushing in front of the whole world. But keeping all that aside, Virat was in a very steady and happy relationship with actor and producer Anushka Sharma but now they have a lot of difference to sort out, which happens in all the relationships.

Virat Kohli is certainly the prince charming of the cricket world and we hope Anushka is reading this. It was always super sweet to spot them together and we hope to see them back again.[/tps_footer]