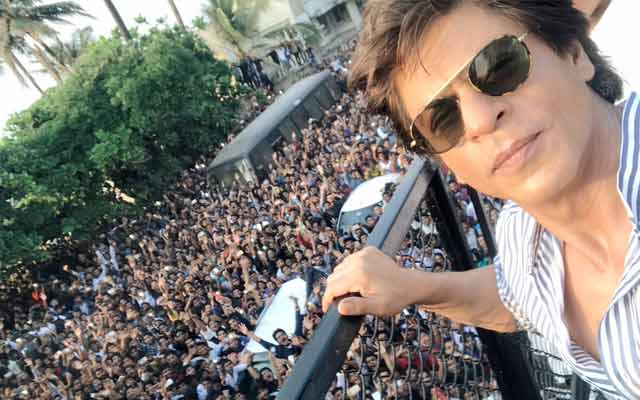 Shah Rukh Khan greeted his fans from Mannat on his 52nd birthday yesterday. However, it turned out to be unfortunate for many waiting outside the bungalow in Bandra.

As we all know Bollywood heartthrob Shah Rukh Khan enjoys a huge fan following, not just in India but internationally too. Like every year, birthday boy Shah Rukh Khan greeted his thousands of fans waiting outside his residence in suburban Bandra, Mannat. Fans thronged the area to wish superstar on his 52nd birthday. However, things turned out unfortunate for many.

A report in HT suggests, 13 people filed complaints of the mobile phones getting stolen from outside Mannat. One of the victims was 26-year-old Ankit Sahu, who had come all the way from Chhattisgarh to wish Khan, police said. Thieves had a joyous moment by stealing numbers of phones of fans waiting outside the Mannat. Not just mobile phones, even wallets of some were stolen.

This incident happened after someone made false alarm of Shah Rukh Khan’s arrival at Mannat. Wanting to get a glimpse of the star, the fans had rushed to the gates. However, they realized it was a false alarm and that their phones and wallets have been missing.

Shah Rukh Khan was in Alibaug a day prior to his birthday to celebrate the occasion with his friends and family. Ignorant of this fact, SRK fans had been waiting outside his residence ‘Mannat’ since late Wednesday night. The actor returned to Mumbai yesterday afternoon only to greet fans and media.