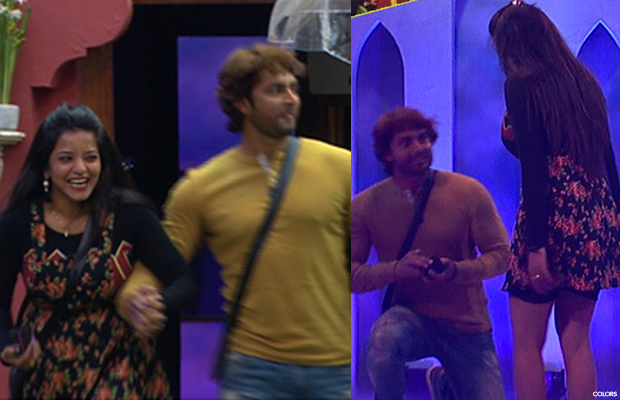 This season of the controversial television reality show, Bigg Boss 10, viewed some of the most dramatic fights and spicy controversies like never before. Contestants like Priyanka Jagga and Om Swami took the show to some other level and managed to keep the reality show much in highlight. Not only in terms of content, the two troublemakers also raised the TRPs of the show with their disgusting, violence behaviour. However, Priyanka and Om Swami were thrown out of the show in the mid-season for behaving inappropriately.

There is no denying that Priyanka and Om Swami kept the show look entertaining and on their toes with their cheap tactics but somewhere their exit seemed to be a loss for the makers as the other contestants have been quite normal in the house since then. The recent VJ Bani and Lopamudra Raut’s ugly catfight gave a push to the content of the show but that went dull after quite some time. If that was not enough and when the TRPs of the show started dipping, the makers planned Monalisa and Vikrant Singh Rajpoot’s wedding in the Bigg Boss 10 house.

The finale is drawing close and looks like the makers have come with some strong strategies to keep viewers talking about. Another way, it also looks like Monalisa’s eviction is pre-planned. As per our source, Monalisa might step out of the Bigg Boss 10 house after her wedding with Vikrant Singh Rajpoot and that can be her eviction also. Does this mean that the makers have already planned Monalisa’s eviction? Giving Monalisa’s eviction a whole new angle of marriage is to boost the TRPs of Bigg Boss 10? Was marriage needed to be a part of the reality show? Maybe it was, so the makers would show their viewers that she is leaving this house and going to her own with her husband. Well, only decision makers can answer this well!

Meanwhile, the nominations and evictions have turned up totally complicated. Monalisa and Rohan Mehra are nominated for this week’s eviction. It remains to see what major twists and turns the show takes with just a few days left for the grand finale. Share your views in the comments section below and keep reading this space for more updates on Bigg Boss10!

Stay tuned to businessofcinema for EXCLUSIVE updates on Bigg Boss 10.