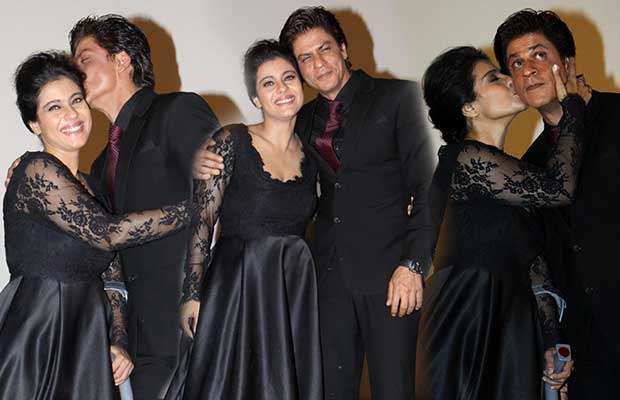 In our industry, movies and songs have a very special connection. There is hardly a movie which can impress our audience without a great song. If it is a movie which stars the ideal couple SRK and Kajol, then we deserve a definite hit dance plus romance song from that movie. Well, looks like we sure will soon have this wish fulfilled, but what surprised us most was SRK’s tweets,” There’s nothing I like more than working. A dancing nite with Kajol even better. V r the worst best dancers in the world!!! Honest confession.”

In this recent tweet, SRK openly disclosed that he loves working, but what he enjoys more is a dance with Kajol after all to him they both make the worst dancing couple ever. SRK on the social networking forum made an honest confession regarding his bad dancing skills. Well, SRK we love you for everything you do along with for everything that you can’t do.

Looks like Big B was following SRK on Twitter and he very aptly and instantly replied saying,’@iamsrk WRONG .. !! You both are the best best .. I AM THE WORST WORST !! Been dancing all night too and have proved myself right !! HUUHAA’ well to Big B you sure are the best dancer for your age. We have no complains nor from you neither from SRK and Kajol.

Shah Rukh Khan and Kajol have given us some memorable films together such as Baazigar, Dilwale Dulhania Le Jayenge, Kuch Kuch Hota Hai, Kabhi Khushi Kabhie Gham and My Name Is Khan and we have seen them dance in glory to great dancing numbers in most of these films. Hence we have no complains when it comes to seeing this pair on-screen.